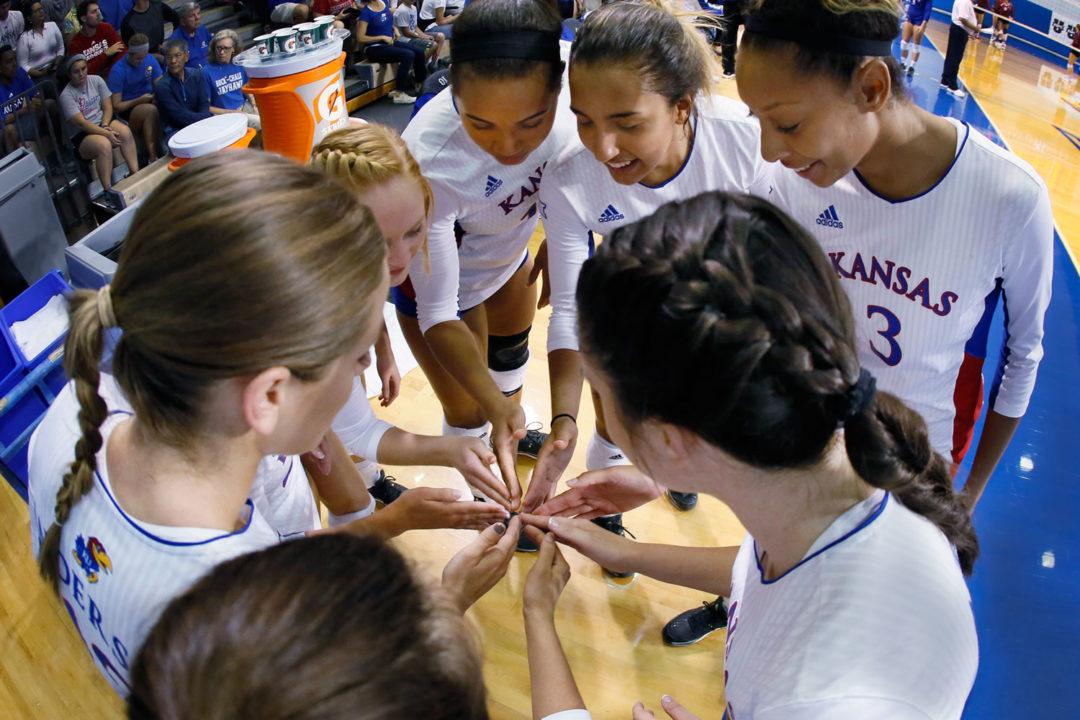 Kansas is down to 3 outside hitters for the 2017 season. Archive Photo via Kansas Athletics

University of Kansas redshirt sophomore outside hitter Patricia Montero suffered an ACL injury in practice this week ending her season just before the Jayhawks were to begin their 2017 season.

Kansas’ first intercollegiate match is set to be an exhibition on Saturday against UMKC in Lawrence, but they’ll be without the versatile Montero. Last season as a freshman, she played in 99 sets in 30 games with 15 starts for the Jayhawks’ first-ever Big 12 volleyball title-winning team.

The 5’10” Montero is from Puerto Rico and has spent time with the Puerto Rican national team system. She was the 4th-best scorer at the 2013 U18 Pan American Cup and also played at the 2013 U18 World Championships.

Montero wound up redshirting her first season at Kansas, also as the result of an ACL tear, so she would have to apply for a special medical hardship waiver from the NCAA to get another season of eligibility back.

She is one of 4 outside hitters on the Jayhawks’ roster this season, a group that is lead by AVCA All-America Honorable Mention Madison Rigdon, a senior. Kansas returns several star players, including defending Big 12 Player of the Year Kelsie Payne, and added depth through transfers, but this injury does leave them with a little bit of a depth problem at outside hitter.

The other two listed at that position on their roster are sophomores Ashley Smith and Jada Burse. Burse split starting duties with Montero at the outside last season and recorded 203 kills in just 14 matches played, though she’s not as versatile as the 6-rotation Montero. Smith, a third-year player, saw action in 24 matches, including the regular season finale where she got a start in place of the injured Payne against Iowa State. So the team does have experience, but now enter the season one injury or slump away from having to get creative.