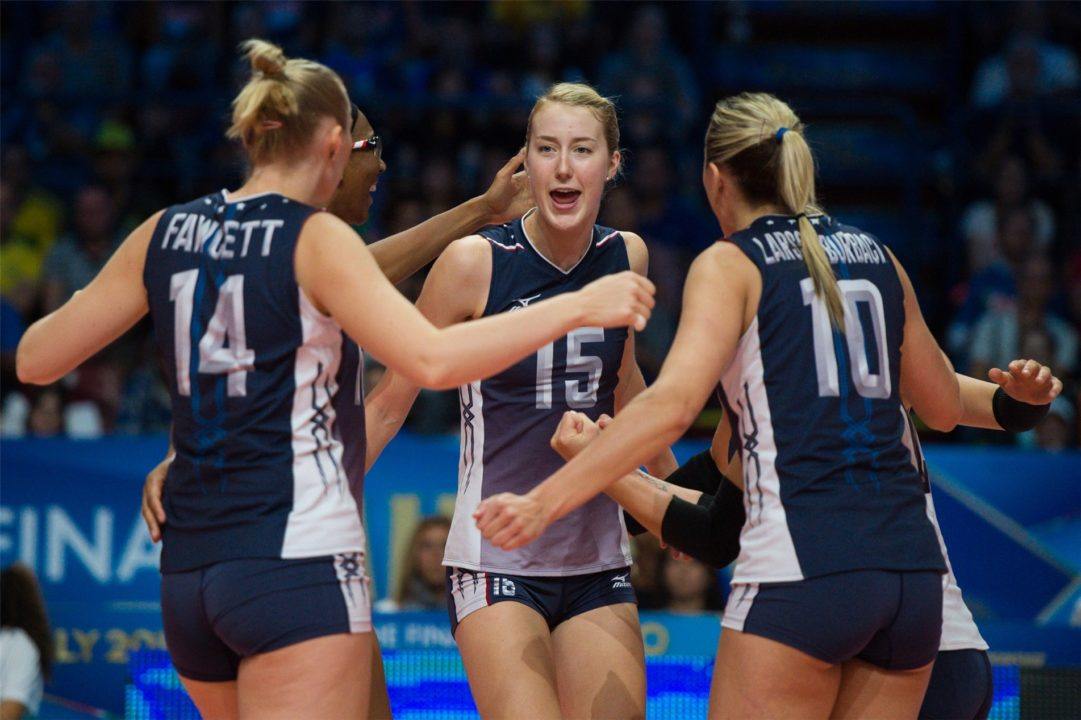 For the World Grand Prix, Kiraly chose a youthful roster to help lead the American squad, however, the inexperience at the international level showed in the Final Six round. Team USA ranked second overall in the standing after the preliminary rounds of the World Grand Prix but was unable to handle the level of competition in the Final Six, dropping both matches to tie for fifth place with the Netherlands.

The addition of Hill and Adams will likely be a spark of experience that the teams need to advance far into the World Grand Champions Cup. Kiraly doesn’t have to officially submit his roster until the day before the competition, therefore, more changes to the youthful squad could occur.

This past season, Hill played with VakifBank Istanbul in Turkey for the club season. The team ended the with the gold medal over Rexona-SESC at the 2017 FIVB Women’s Club World Championships, with Hill contributing 13 points in the finals. However, Hill will return to Imoco Volley Conegliano for the 2017-18 season with new teammate Robinson. At the CEV Champions League, Hill and Adams made the Dream Team. Hill was deemed one of the best outside hitters while Adams nabbed one of the best middle blocker awards.

The World Grand Champions Cup will feature a round robin tournament with Brazil, China, Japan, Korea and Russia from September 5-10.