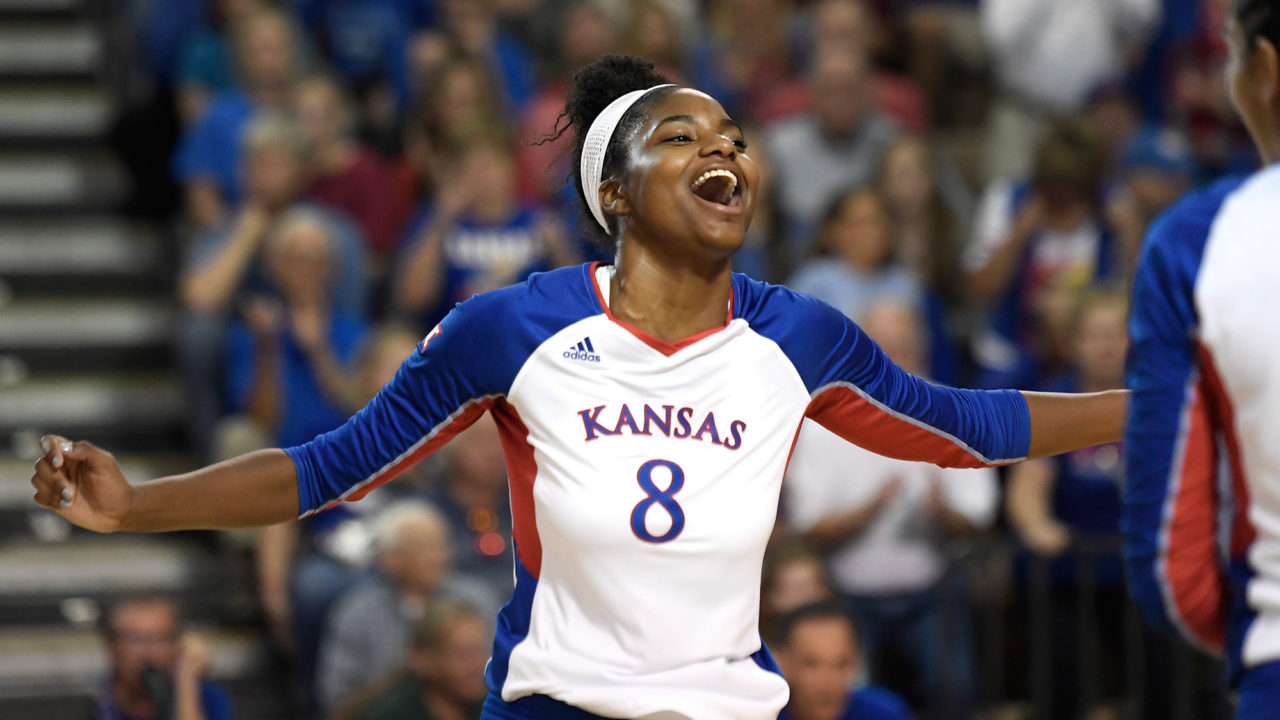 University of Kansas‘ recent graduate Kelsie Payne has just announced in her personal Instagram page that she has signed a contract with Superliga’s Pinheiros to start off her professional career.

Payne had an outstanding college career at Kansas. She entered 2017 as one of the nation’s top players, as she was the reigning Big 12 Player of the Year and a back-to-back AVCA first-team All-American. She finished her senior season as Kansas’ all-time leader in kills and career hitting percentage. She was also recognized with an AVCA and VolleyMob third-team All American selection, being frequently held in our website as a National Player Of The Year candidate.

Pinheiros is a safe choice for Payne. While it is uncommon for players to go straight out college to Brazil’s Superliga, Pinheiros is the biggest Latin American sports club. It boasts first-class infrastructure and frequently sends its athletes to the Olympic Games. In the 2017-18 Superliga, it finished a respectable 8th place, being eliminated in the playoffs by eventual tournament runner ups SESC/RJ.

At her new club, she will be led by experienced coach Sérgio Negrão. The club has also inked deals with setters Francine Tomazoni and Lyara Medeiros, middle blockers Camila Paracatu and Aline Silva, and libero Juliana Perdigão.

“So Kelsie, what are your plans for after graduation?” I’m happy to announce that this upcoming season I’ll be playing professional volleyball for E.C.Pinheiros in São Paulo, Brazil!! I’m so excited for the opportunity to experience a new culture while doing what I love! 🇧🇷 #PayneTrainIsRolling #everyonecomevisitme