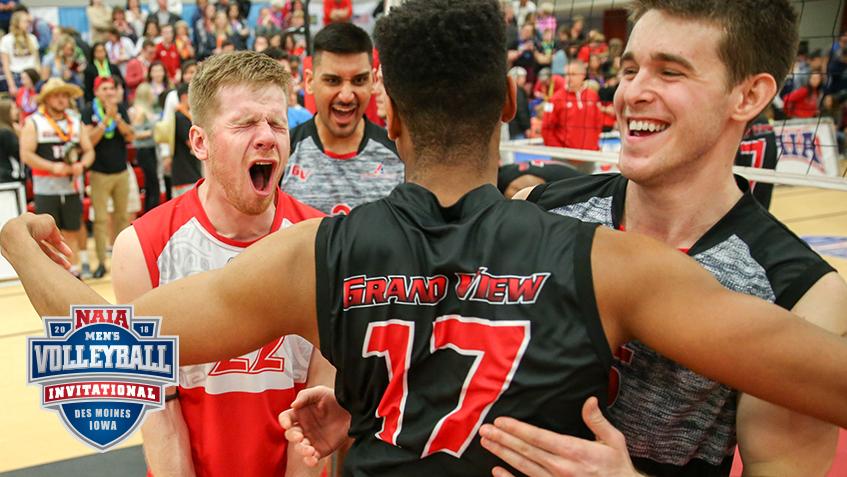 NAIA schools can offer up to 8 men's volleyball scholarships per team - more than NCAA teams can. Archive Photo via Grand View Athletics

The National Association of Intercollegiate Athletics (NAIA) has announced the addition of men’s volleyball as the organizations 26th national championship sport, effective for the 2018-2019 season. The sport became eligible for inclusion after 40 member institutions launched men’s volleyball teams; 40 have declared their intent to participate in 2018-2019.

“The combination of an exciting sport, an attractive college-bound demographic, and an affordable facilities-friendly model has driven growth in men’s volleyball across the country,” said Kathy DeBoer, executive director of the American Volleyball Coaches Association. “I applaud the NAIA for offering these young men a championship experience as soon as 2019.”

While not previously a full-fledged NAIA Championship sport, three national invitationals have been held for NAIA teams in men’s volleyball, with Missouri Baptist winning the title in 2016, Park winning in 2017, and Grand View in Iowa winning the 2018 title.

The season will run from January, with the national championship coming in April. Grand View University, the defending invitational national champions, will host the first official tournament in Des Moines, Iowa in 2019.

In 2017, 34 NAIA men’s teams participated in volleyball, representing 510 athletes, with a scholarship limit of 8-per-team. That’s actually more scholarships than are available at the NCAA DI/II level (4.5 per team).

This is the 2nd sport that the NAIA has recognized in the last two years: competitive cheer and competitive dance was added for the 2016-2017 season. Before that, it had been 22 years since the NAIA added a championship sport.