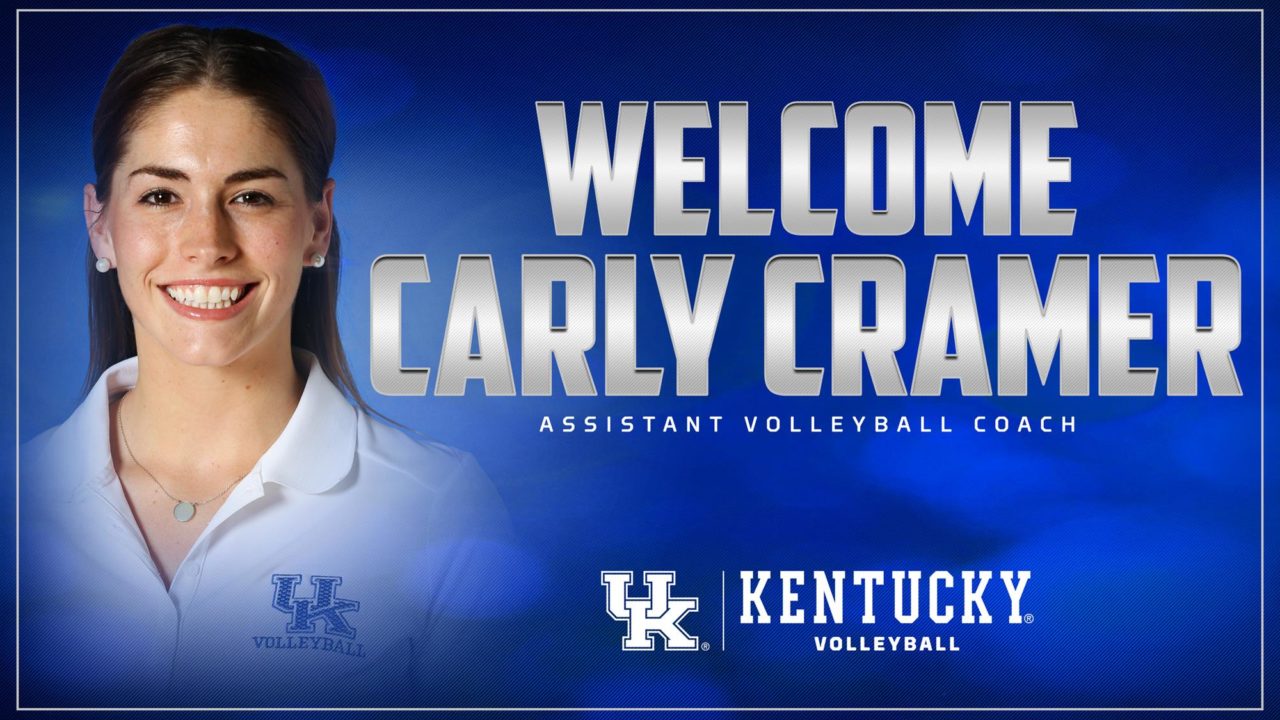 After three years as a graduate assistant, Carly Cramer was named as a full-time assistant coach with the Kentucky volleyball program on Friday.  Current Photo via Kentucky Athletics

After three years as a graduate assistant, Carly Cramer was named as a full-time assistant coach with the Kentucky volleyball program on Friday.

Head coach Craig Skinner announced the hiring of the Purdue alumna, who will coordinate recruiting and conduct on-court training.

“Carly has been an invaluable part of our staff over the last three years as a graduate assistant,” Skinner said.  “We are thrilled now that she is entering the coaching side of the game.  Her infectious personality, tireless work ethic and passion are traits that have impacted our program since joining us in 2015.  These qualities along with her determination to be the best at what she does will translate well onto the court and the recruiting trail.  Our players and staff are excited to get going and get this year off to a great start.”

In her three seasons with the Wildcats, the team went 73-22, including three NCAA Tournament berths. In 2017, Kentucky went 29-4, earned a share of the SEC title and broke a 30-year Elite Eight drought.

A defensive specialist and libero at Purdue from 2009-2013, Cramer was an honorable mention All-Northeast Region selection as a senior after averaged 3.98 digs per set and serving up 32 aces. The two-time honorable mention All-Big Ten honoree tallied double-digit kills in 96 matches, including 20 or more 21 times. The Martinsville, Indiana, native ended her career ranked second on Purdue’s all-time digs list with 1,811 and fourth in career digs per set (3.49).

Cramer was a member of the U.S. Women’s National Team A2 program during the summer of 2013, winning the gold medal with Team White. The four-time Academic All-Big Ten selection earned her bachelor’s in food science from Purdue in 2013. Cramer completed her master’s in business administration from Kentucky in December.