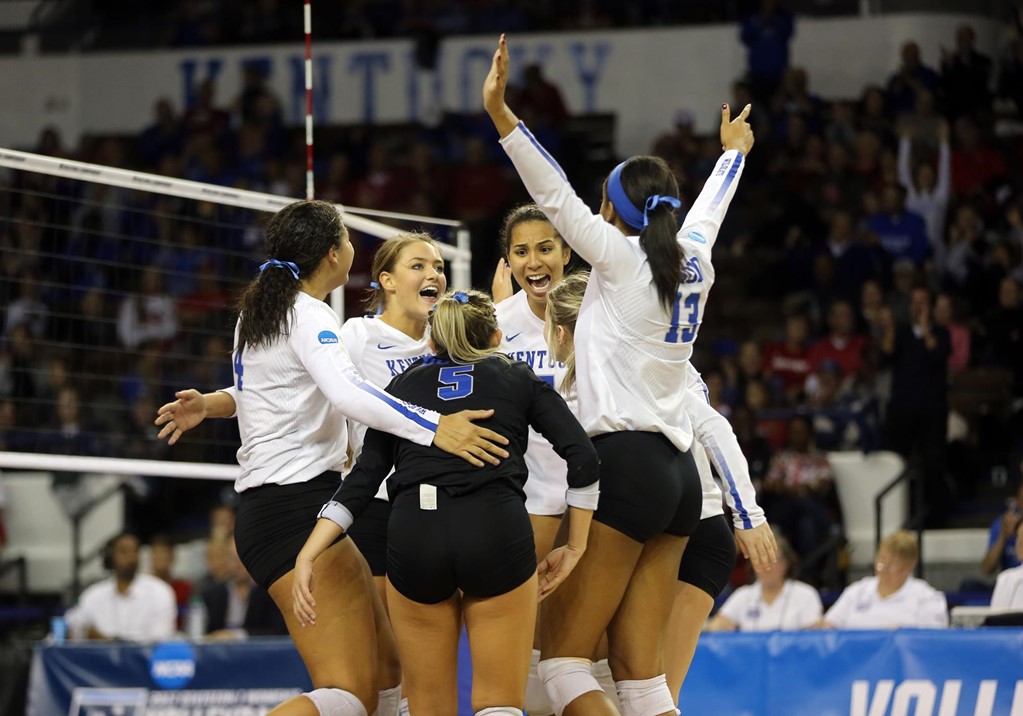 The Kentucky women’s volleyball team made NCAA history on Friday when they swept BYU 3-0 and qualified for the Elite... Current Photo via Britney Howard/Kentucky Athletics

The Kentucky women’s volleyball team made NCAA history on Friday when they swept BYU 3-0 and qualified for the Elite 8 (aka, regional finals) of the 2017 NCAA Division I Women’s Volleyball Championship.

Every team that advances this far into the NCAA tournament gets a special spot in history, but the advancement of the #4 seed Wildcats is especially noteworthy: the Wildcats return to this round of the tournament for the first time in 30 years. No team in the NCAA era (1981-present) has ever gone as long between Elite 8 appearances as the Wildcats have.

While the NCAA tournament has evolved and changed in its 37-year history, it has always had at least enough teams where the “Elite 8” round, as it is now colloquially known, was the Regional Semifinal. The last time Kentucky went this deep into the tournament was in 1987, where they fell to Texas 3-1. Since then, the Wildcats have reached the Regional Semi-Finals (“Sweet 16”) in 6 different years, but have never been able to get the win there to advance, until this season – which seems to be a season of destiny for Kentucky.

Also on Friday, Michigan State beat Big Ten rival Illinois, which ended a similar streak for Michigan State – they last reached the Regional finals in 1996, 21 years ago, where they fell to Florida 3-1.

That gap-between-appearances streak for Michigan State is the 3rd-longest in NCAA history. Illinois, the team they beat, had a 20-year streak of their own once upon a time, not making the Elite 8 from 1992-2012.

There are a handful of teams that have streaks that, if they ever return to the Elite 8, would put them into this group. The longest “Active Streak” as far as we can tell belongs to Western Michigan, who made the Elite 8 in 1983 and hasn’t been back since. Not far behind them are Fresno State and San Jose State, who each made their last appearances in 1984. Fresno State has only qualified for the tournament 4 times in their history, and one of those saw them in the quarterfinals: two wins away from an NCAA tournament.

Cal Poly hasn’t been to the Regional Finals since 1985, after qualifying for that stage in 4 of the first 5 seasons of NCAA Women’s volleyball. Oklahoma hasn’t been since 1988. Oral Roberts’ last appearances at this stage came in 1995.