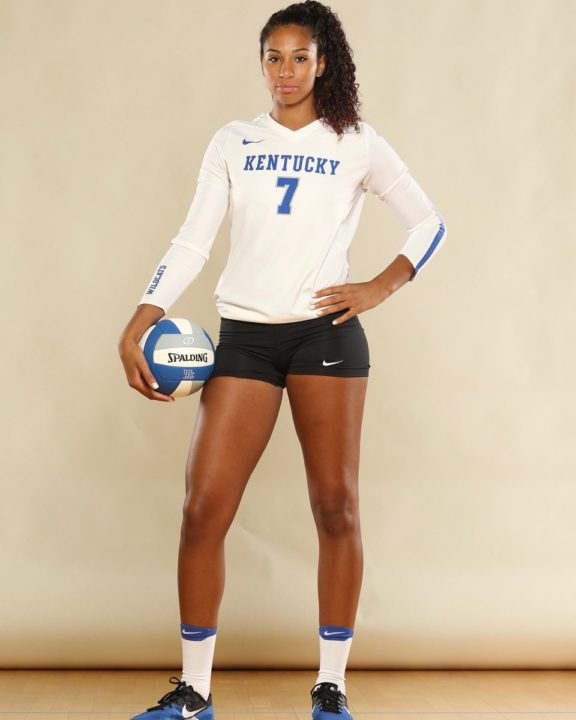 Kentucky senior middle blocker Kaz Brown has joined an elite group as her Wildcat squad competed against BYU in the... Archive Photo via Kentucky Athletics

Kentucky senior middle blocker Kaz Brown has joined an elite group as her Wildcat squad competed against BYU in the Sweet 16 on Friday.

Brown recorded her 1,000th career kill, but as if that weren’t enough, the Waterloo, Iowa, native also joins an event more prestigious group, those players with 1,000 kills and 500 career blocks. There are now eight active members of the group, including Brown.

Brown is just the second SEC player to join the group in 2017. The Big Ten also boasts two members of the group.