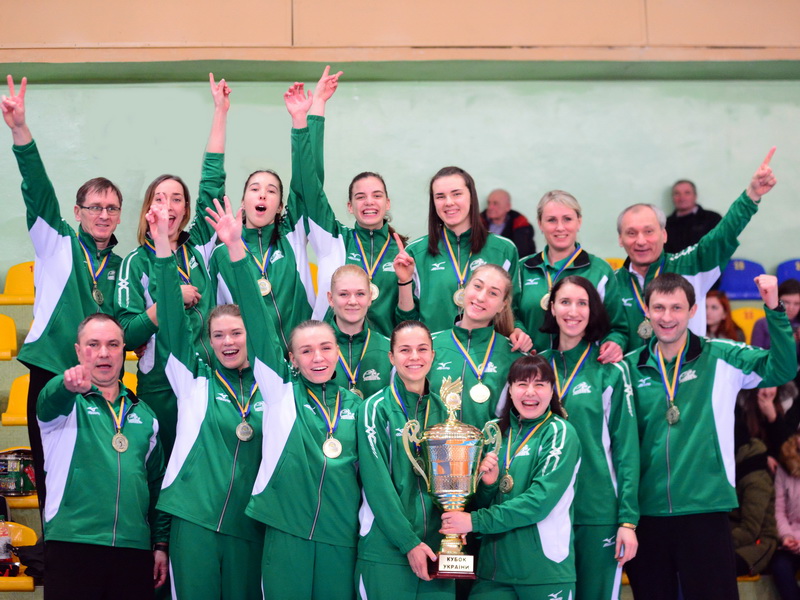 Earlier this month, Khimik Yunzhny made Ukrainian volleyball history after winning its 60th straight domestic league game. It currently rocks a 20-0 record in the Ukrainian Super League this season, with 18 sweeps and two five-set matches. They sit seven matches ahead of 2nd place Volyn who sits in second place with a 13-5 record on the year.

This weekend, it just added another chapter to its already superb 2017-18 season by beating Galychanka-Galesport Ternopil in the finals of the Ukrainian Cup to win the tournament for the fifth time in its history.

Both teams’ coaches stated for the media about the confidence they had in their team’s to win the cup if only they could keep their number of errors low. But in the end, Khimik’s superiority was uncontested, as it walked away with the victory in three easy sets (25-15, 25-22, 25-15). Anastasiya Chernukha led the way for the winners with 26 points, while also taking home match MVP honors.

Here is what Khimik’s Catherine Dudnik had to say of the title:

“This match was harder than those we played against Ternopil in the Ukrainian Superleague, as the team started the game with lots of players who were absent in our prior games due to injuries. Also, we usually have a light morning practice on game day, which did not happen today since our game was played at noon.” 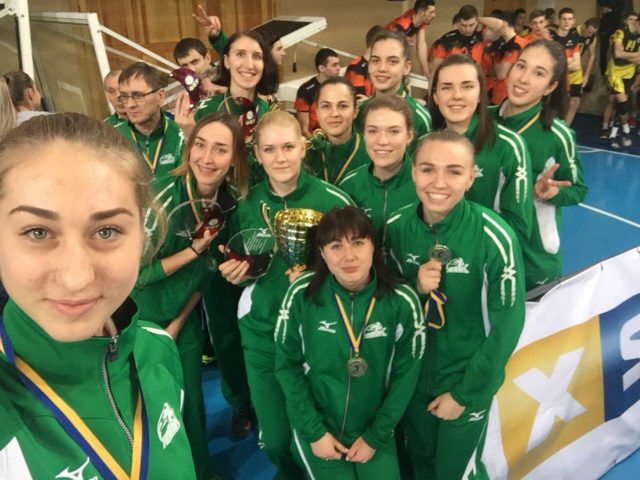