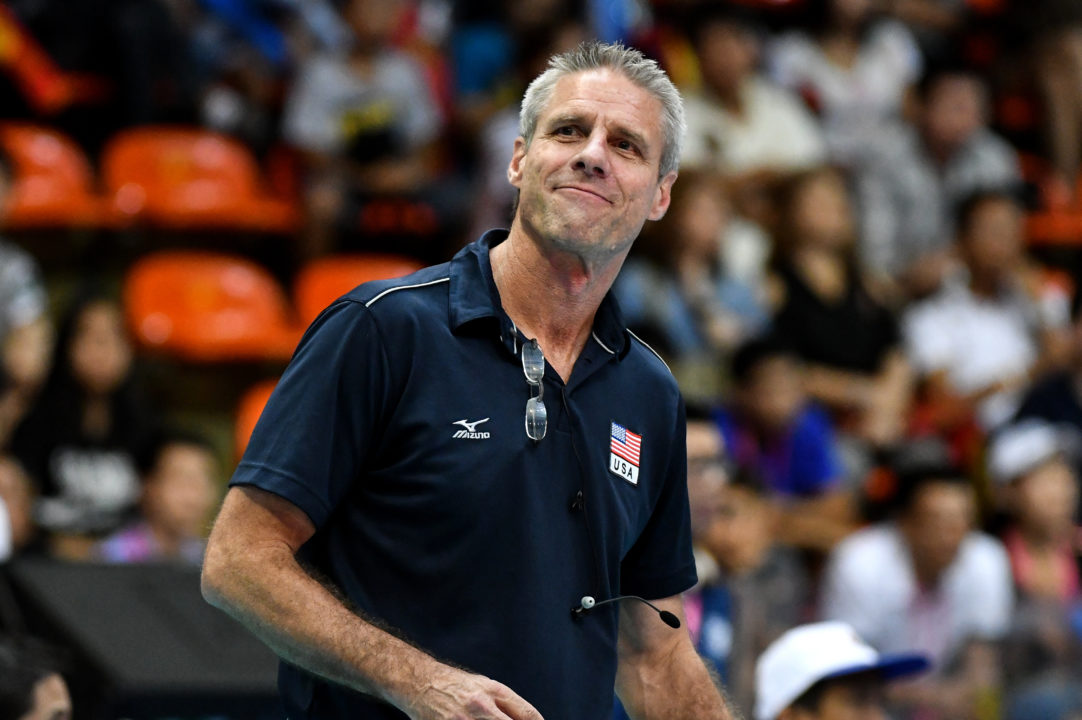 Karch Kiraly is one of the greatest, if not the greatest volleyball players of all time, and he is the only player to win Olympic gold medals in beach and indoor. After winning the VNL, he is continuing to build his legacy as a coach. Current Photo via FIVB

Most high school gymnasiums across the United States are decorated in a similar fashion. The walls usually don the years of various championships won in different sports, there is a large mural with the school logo or mascot, and sometimes they have the names of special athletes who have achieved great things. Santa Barbara High School in Santa Barbara, California is no different in that regard. They do have one name that stands out for any fan of volleyball: Karch Kiraly. The list of his accomplishments could fill up an entire wall: CIF Championship, 3 NCAA Championships, 2 indoor gold medals at the Olympic Games, 1 beach gold medal at the Olympic Games, 148 beach tournament titles, and countless individual awards. With Team USA winning the inaugural FIVB Volleyball Nations League on July 1st, Kiraly is continuing to build upon his legacy as a coach.

When Kiraly took the reigns from Hugh McCutcheon after the United States won a silver medal at the 2012 Olympic Games, the team had a rough outing in the FIVB Grand Prix that year and missed out on the Final Round. They bounced back that autumn and won the silver medal at the Grand Champions Cup. That matched their highest finish ever. The United States also continued continental supremacy by winning the gold medal at the NORCECA Championships. Kiraly also decided to coach the team in the Pan American Cup that year and won the gold medal.

The following year started in a similar fashion with the team failing to make the FIVB Grand Prix Final Round. Though when September 2014 rolled around, Kiraly led the team to a history-making performance. The United States won the FIVB World Championships in Italy for the first time in the history of the tournament. He became only the 4th person ever to win a World Championship as a player and a coach.

In 2015 Kiraly led the United States to the Grand Prix Final Round for the first time during in his head coaching career. Not only did they reach that stage of the tournament, but they won the gold medal. Later on that year they were back on the podium in Japan at the FIVB World Cup where they won the bronze medal.

The United States got back into the Final Round of the Grand Prix in 2016 and brought home the silver medal as a tune up for the Olympic Games in Rio. The United States finished 7-1 in Rio with their only loss coming in the semifinals to Serbia. They went on to defeat the Netherlands and win the bronze.

In 2017 Karch Kiraly added a few more medals to his collection. He won another bronze medal at the Grand Champions Cup. It was the first time the United States had won the bronze in that competition. While the United States did not take part in the NORCECA Championships that year, Kiraly decided to coach the team in the Pan American Cup competition for the first time since 2013 and won the gold medal.

After winning the Volleyball Nations League, the United States have set themselves up to make a serious run to defend their FIVB World Championship. Kiraly has built momentum in the women’s program. At this rate, there is a very real possibilty that he could be the most decorated head coach in the history of the United States Women’s National Team.