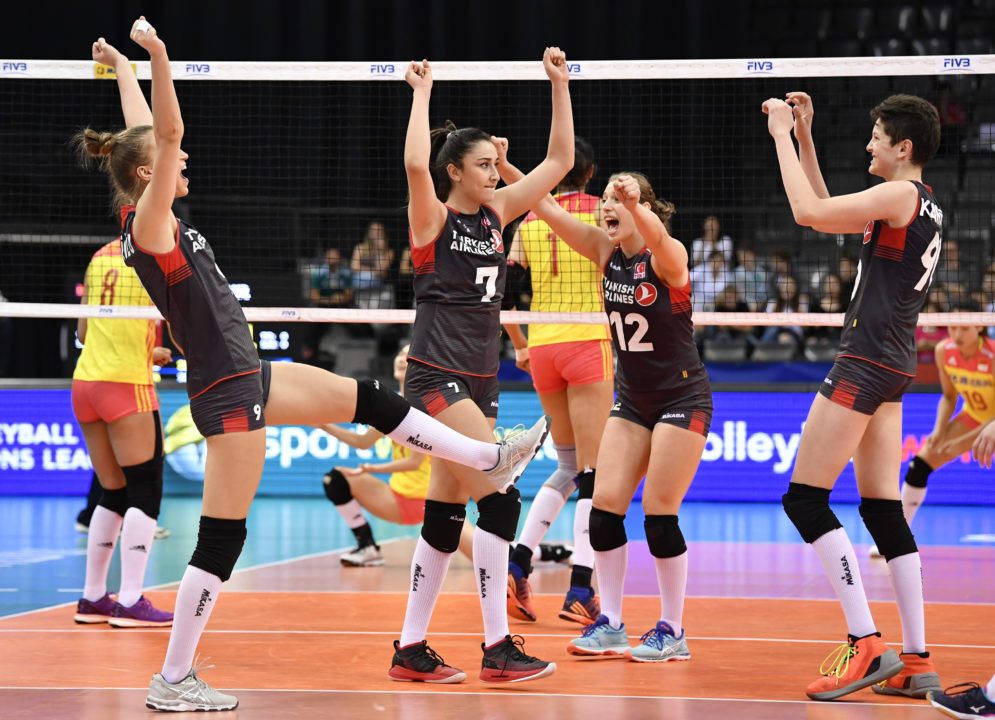 With the Final Six field already set, Thursday's results were about seeding, pride and final placement. The United States finished atop the standings, while Italy, Russia and the Dominican Republic ended round-robin play with wins. Current Photo via FIVB

With the Final Six field already set, Thursday’s results were about seeding, pride and final placement.

The United States sealed its spot atop the standings ledger with a sweep of Argentina to move to 13-2 with a field-best 40 points. As the last place team, Argentina must now participate in a playoff match with the Challenger Cup winners to fight to be a part of the 2019 VNL field. The Challenger Cup is set for June 20-24 in Lima, Peru.

Fellow members of the Final Six: Serbia, the Netherlands and Turkey all won to wrap up the round-robin action. Turkey is the only team that faced a fellow Final Six member, besting top ranked and host China in four sets.

The biggest result of the day saw a disappointed Italy wrap up its campaign with its eighth-straight win, a five-setter over Brazil. The loss dropped Brazil into third place in the standings, while the victory allowed the Italians to exit the competition having ended well, following a 2-5 start without stars Paola Egonu and Lucia Bosetti.

Russia also ended its campaign with an exclamation point, securing a five-set win over Japan, after trailing 2-1 in the match.

The Dominican Republic rebounded from a seven-match losing skid with a four-set win over Poland in its finale.

Here’s a look at how the results shook out.