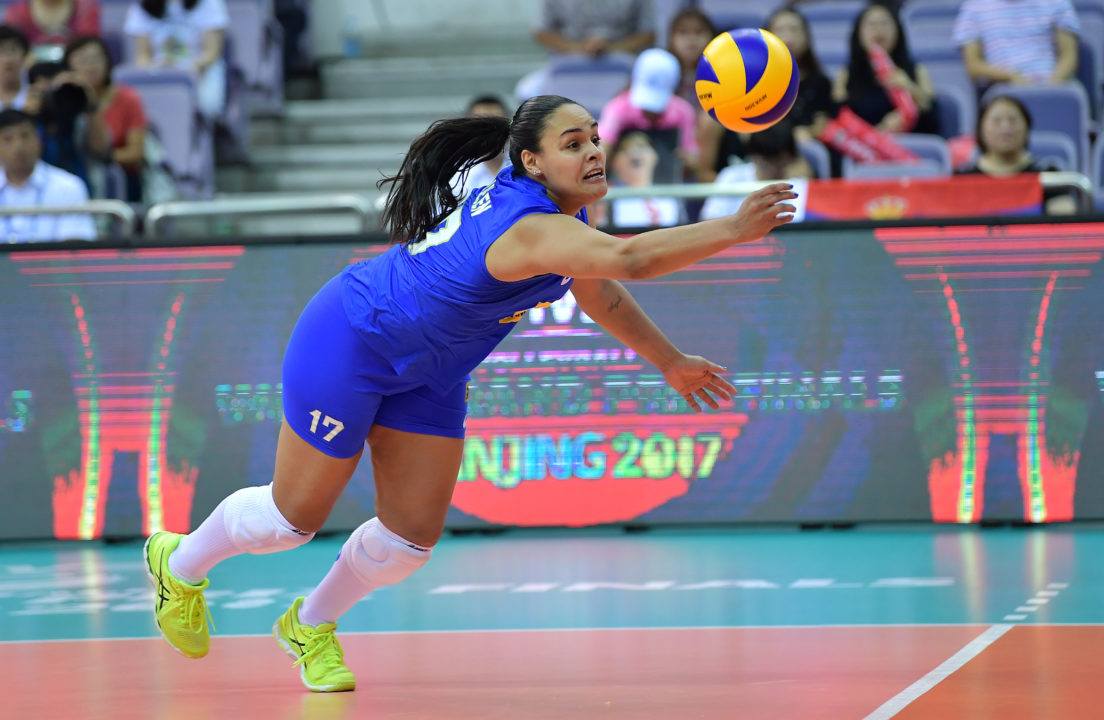 Brazilian national team libero Suelen Pinto underwent surgery this Tuesday to correct a fracture in her right fourth metacarpal bone. Suelen, who was chosen as VNL’s best libero recently, will start physiotherapy next week. She should be able to return to the courts in about five weeks, thus ready to prepare for the FIVB Women’s WCH. Suelen finished the NVL as the competition’s third best digger at 1.92 digs/set and 11th best receiver at 11.32% efficiency.

This Tuesday I had surgery on my hand, but I think that in about a month I will be back to the courts. I will do everything I can to be with the national team on the World Championship. Thank you for all the support.

Brazil has a massive hole at the libero position. The experienced Camila Brait has not forgiven coach José Roberto Guimarães for not calling her up for the 2016 Rio Games after years in the squad and remains retired from the team. Meanwhile, who he did call, Leia Silva, has chosen to retire from the team as well. This has left Guimarães with no other option than to improvise outside hitter Jaqueline Endres in the position. However, if the team is to have any chance at a medal in the WCH, it will need Suelen to be at the top of her form.