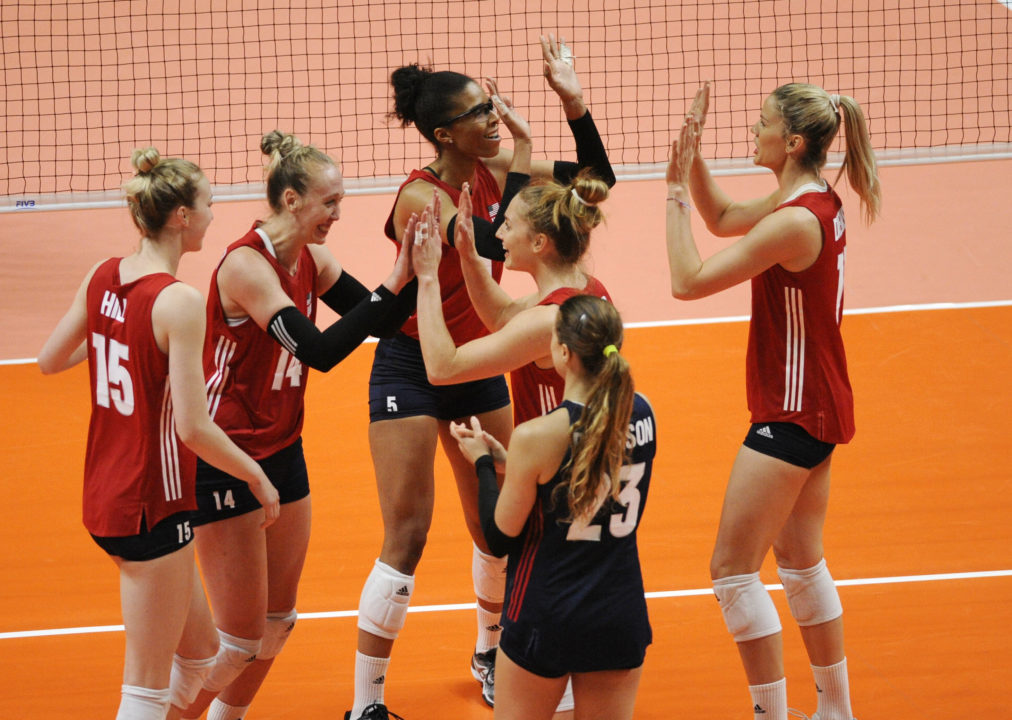 After 120 matches in round robin play, the Volleyball Nations League Final Six is set and the pools for Nanjing on June 27-29 are set.  Current Photo via FIVB

After 120 matches in round robin play, the Volleyball Nations League Final Six is set and the pools for Nanjing from June 27-29 are set.

Rounding out the top five in the standings were Serbia, Brazil, Netherlands and Turkey.

The Final Six will be seeding according to the serpentine system, putting Serbia and Turkey in the pool with the United States. The two dealt the Americans their lone losses of the tournament.

Joining China in Pool A are Brazil and the Netherlands.

Three points were awarded for a win in three or four sets. A five-set win brought two points, while a five-set loss still earned a team one point.

Team USA, Serbia, the Netherlands and Turkey all ended the round-robin action with victories.

In other Thursday action, Italy knocked off Brazil in five sets to drop the Brazilians into third place in the standings.

The Dominican Republic snapped a seven-match losing skid with a four-set win over Poland.

Here’s a look at Thursday’s results.

As the last place team, Argentina must now participate in a playoff match with the Challenger Cup winners to fight to be a part of the 2019 VNL field. The Challenger Cup is set for June 20-24 in Lima, Peru.