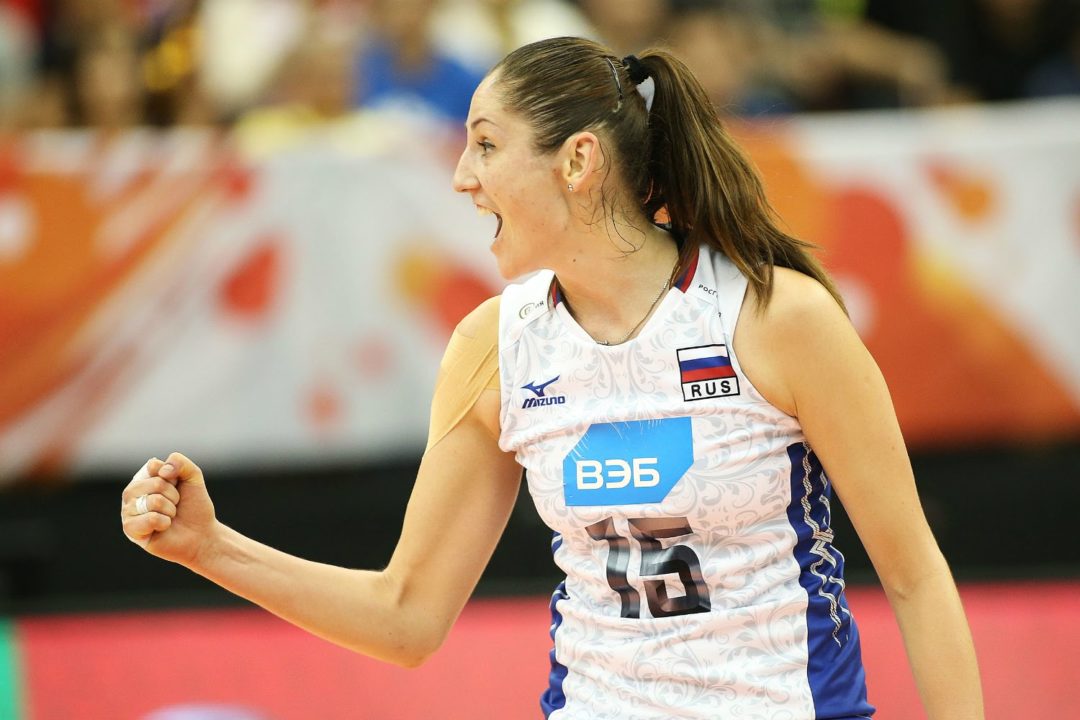 Russian superstar Tatiana Kosheleva had a rough 2017-18, but things are already looking brighter for standout player Current Photo via FIVB

Russian superstar Tatiana Kosheleva had a rough 2017-18. While playing for Galatasaray, she suffered a season-ending knee ACL injury against Igor Gorgonzola Novara in the CEV Champions League playoffs in March 21. However, now seven months past her injury and almost fully recovered, things are starting to look brighter for the Russian superstar, who has been enjoying her new home in Brazil’s Rio de Janeiro as she awaits to debut in the first Brazilian season of her career.

The player has fallen in love with Rio’s sandy beaches, and has made sure to frequently update all of her fans on her Brazilian adventures in her personal Instagram page. She has recently spoken to Globo.com about her first few weeks in Brazil:

“First, I want to be ready to play. I want to be ready as soon as the Superliga starts. I want to start playing as soon as possible. I do not know much about the competition, but I played against the Brazilian team in championships around the world. It has always been very strong team. I know many Brazilian players and I know their quality. For me, it will be a new level of volleyball. It’s going to be very interesting.

Brazil is amazing and I feel like I have to show it to all my friends, my family. The sun, the beach, and the people are always laughing. I have no words to say what I feel. I have to thank everyone because I feel a lot of affection and a lot of politeness towards me. I feel really good already. I like to eat, Brazilian food is very healthy and delicious. I like cheese bread, fruit, nuts, fish. As for Bernardinho, he’s the best coach in the world. He won everything in his career. I want to work with him because I want to learn from him. I want to improve every day and I think he can open up new techniques for me. At the end of the season I think you’çç be able to see a new Kosheleva.”

Kosheleva will undertake a big responsibility with Sesc, a club which is used to winning. It has won 9 Brazilian titles, but lost last season’s final to Nicole Fawcett’s Praia Clube.