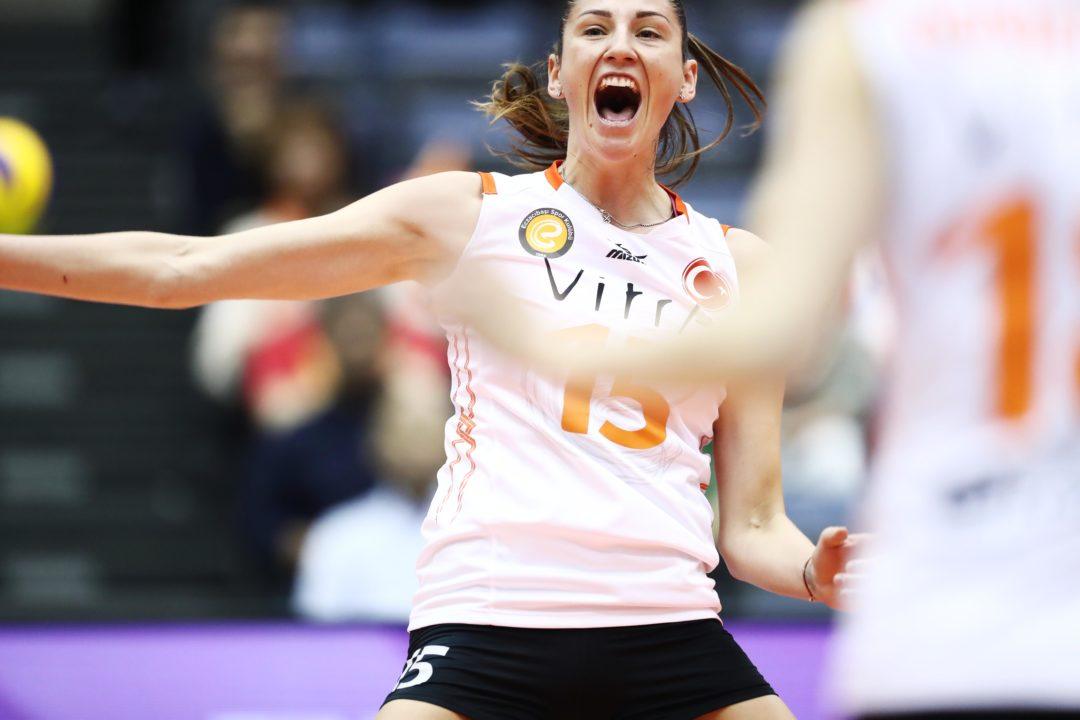 After completing her rehab from ACL surgery, Tatyana Kosheleva will join Brazilian side Sesc RJ. Archive Photo via FIVB

While Galatasaray had made a contract offer to extend her through next season, she opted to play under Sesc RJ’s Bernadinho, perhaps volleyball’s most demanding coach, and his staff.

The addition of the world-renowned outside provides a huge boost for the Brazilian side, which fell to Dentil Praia Clube Uberlandia in this season’s Superliga final, as Bernadinho‘s team attempts to regain its championship form of the five previous seasons.

The 29-year old outside hitter Kosheleva, widely considered one of the best attackers in the world, tore her knee ligament in mid-March, forcing her to miss the end of the Turkish regular season with her now-former club.

According to an interview with the Russian state-run sports outlet RSport, Kosheleva hopes to be volleyball-ready by August, with the possibility of some activities starting earlier. That would leave her with a month to prepare with the Russian National Team before the September 29th start of the FIVB World Championships in Japan.

Galatasaray had already lost two key players to retirement after the season: Seda Aslanyurek and their captain, Neslihan Demir.