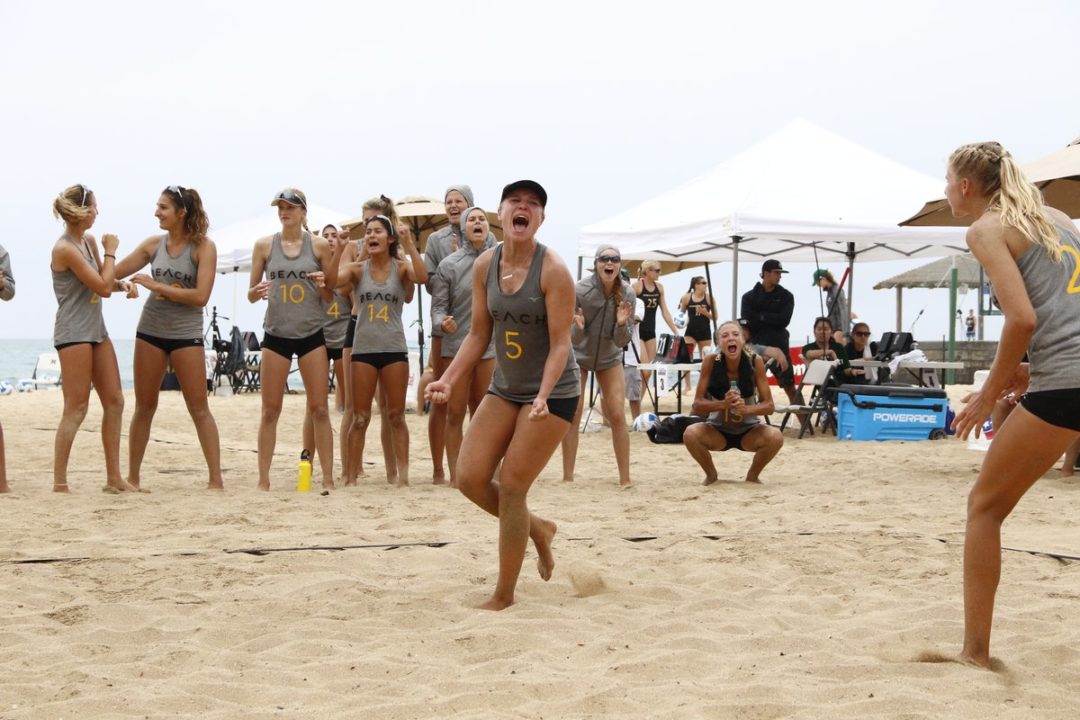 Two junior college transfers, Mari Molina and Claire Kinder, are joining the Long Beach State University beach volleyball program. Both are sophomores who are set to play right away for the 49ers in the 2019 spring season.

Coming out of Cabrillo Community College, Molina stands at 5’6″.  She played indoor and beach at her previous stop and went 24-1 in the sand as the number one for a team that won the state championship. Indoors, the Corte Madera native was a setter that guided the school to a 30-2 record and a state semifinals appearance. In her prep career at Redwood High School, she was also named the MaxPreps Division II Player of the Year in 2016.

“Mari is a tremendous defender and ball control player on the beach,” LBSU beach head coach Mike Campbell said in the release of her and other additions. “She has refined her game tremendously in the past year and possesses the total package from a skillset standpoint. Her personality is very endearing and she will contribute to the culture immediately.”

Standing at 5’10”, Kinder is a native of Arcata, California where she was a three-time all-league pick at Arcata High School before moving on to MiraCosta College. Recently at the school she won the Pacific Coast Conference Female Scholar Athlete of the Year award and was undefeated in the 2017 beach season. Indoors she was a first-team All-PCAC honoree on back-to-back PCAC Conference Championship squads.

“Although Claire is relatively new to the beach game, she has a phenomenal work ethic which will help her bridge any type of experience gap between her and her opponents,” Campbell added in the release. “She is constantly working out and has devoted herself to this sport.”

In 2018, Long Beach State earned a 26-8 record and finished the season ranked seventh in the AVCA Coaches Poll.