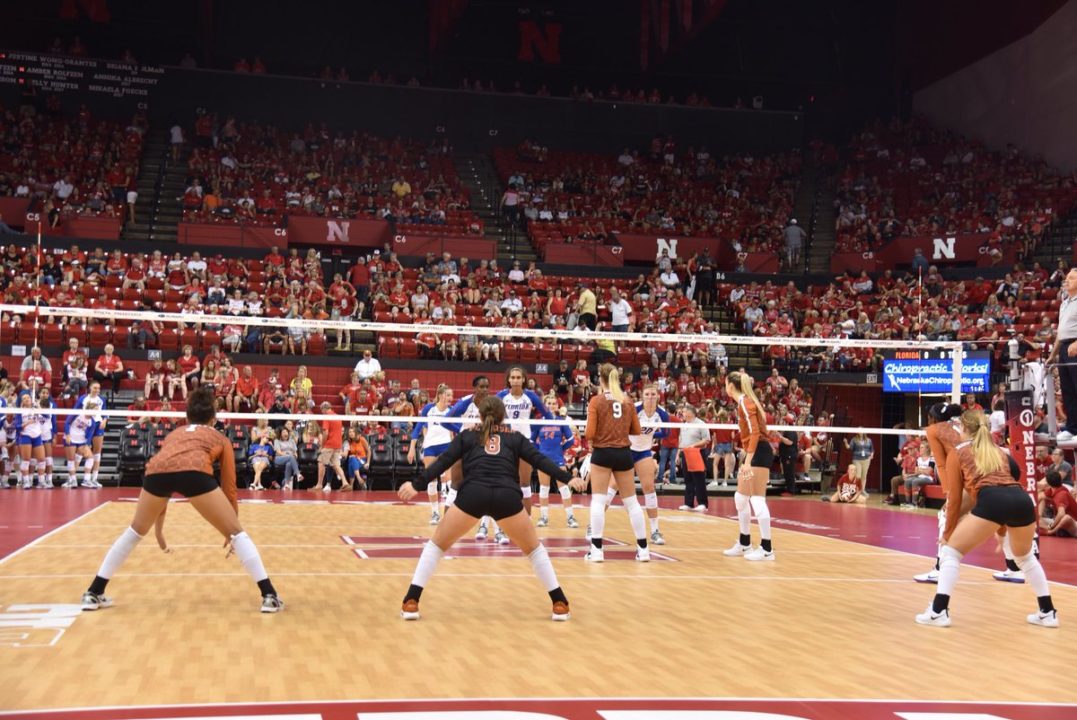 Texas makes the jump into the top three along with VERT Challenge foe Florida. Archive Photo via Texas Athletics/Volleyball

It’d be impossible to completely go on resume headed into week two, otherwise teams who are thought of highly but didn’t play anyone notable would have to be ranked way lower, so there’s still a bit of bias from the preseason poll which will get weeded out more in the coming weeks.