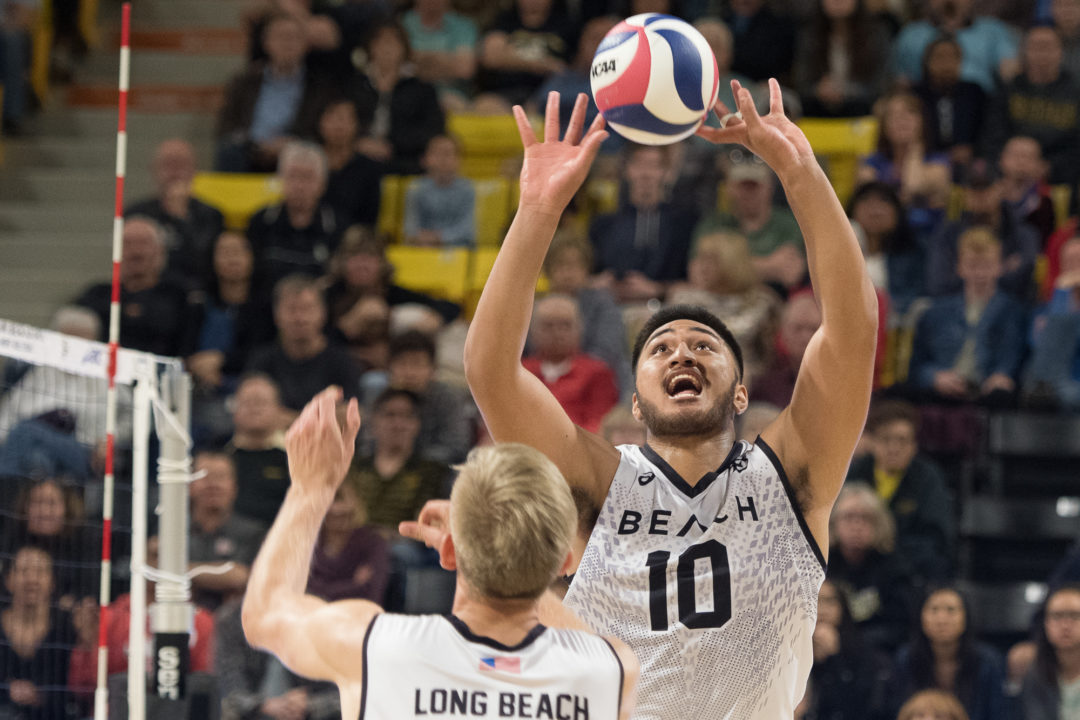 Tuaniga earned the honors for the first time in his career and is just the fifth Long Beach State men’s volleyball player to win the award behind Brent Hilliard (1992), Paul Lotman (2008), Taylor Crabb (2013), and TJ DeFalco (2017).

With Tuaniga taking home the National Player of the Year award, Long Beach State becomes just the fourth school in history to earn that honor in back-to-back years and the first to do so since USC in 2011 and 2012.

Tuaniga garnered the honor after leading the top-ranked Beach to a nation-leading .379 attack percentage on the year. The 6-foot-3 setter has run the Long Beach State offense so efficiently this season that the Beach have outhit their opponents in 26 out of 27 matches and have hit higher than .300 on 25 occasions.

The product out of Long Beach, Calif., has been solid for the Beach dishing out 10.50 assists per set to rank sixth in the country. Earlier this season, Tuaniga reached a significant milestone as he notched 3,000 career assists becoming just the seventh player in LBSU men’s volleyball history to reach that feat.