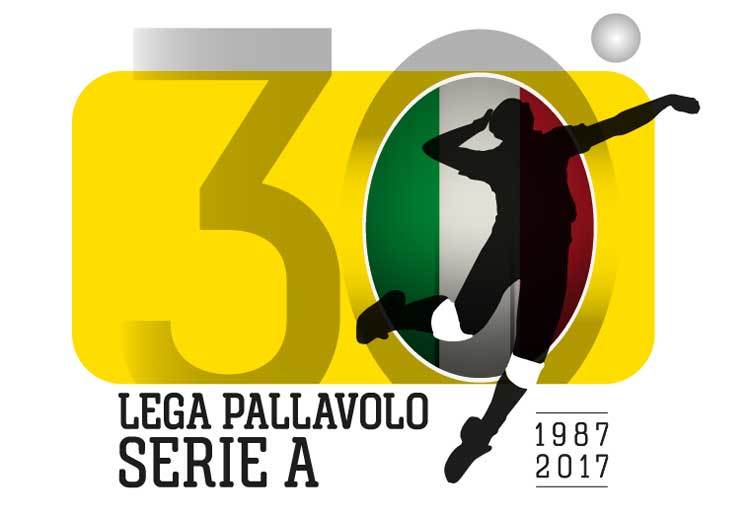 In an eventful week of the Italian LegaVolley, Italy’s highest tiers of men’s volleyball announced a series of initiatives for... Current

In an eventful week of the Italian LegaVolley, Italy’s highest tiers of men’s volleyball announced a series of initiatives for the league’s 30th anniversary along with key dates for the 2017-2018 season.

The 30th season of the LegaVolley includes the 73rd Serie A season for the top tier of volleyball.

The 2018 Italian Cup, open to clubs of all divisions, will open on October 4th.

Civitanova will host the Supercoppa on October 7th and 8th that starts the competitive season. In the semi-finals of that four-team tournament, Cucine Lube Civitanova, the hosts, will play Azimut Modena in one semi-final, while Diatec Trentino will face Sir Safety Perugia in the other semifinal.

Several awards were given out, including the Coppa Italia and the league championship trophy to Civitanova, as well as promotional banners to teams that moved into the SuperLega and into Serie A2.

Serie A2 will begin regular season play on September 24th and the SuperLega will begin play on October 15th.

Civitanova will not play on the league’s opening day, with their first game coming a week late on October 22nd against Bunge Ravenna – who were just 9th in last year’s league standings.

A big matchup will come early on November 1st, where Civitanova faces Trentino in a rematch of last year’s championship.

League newcomers  BCC Castellana Grotte open their season with a tough battle against Azimut Modena, who were 4th in the league table last season – a rude welcome to the SuperLega for New Mater.