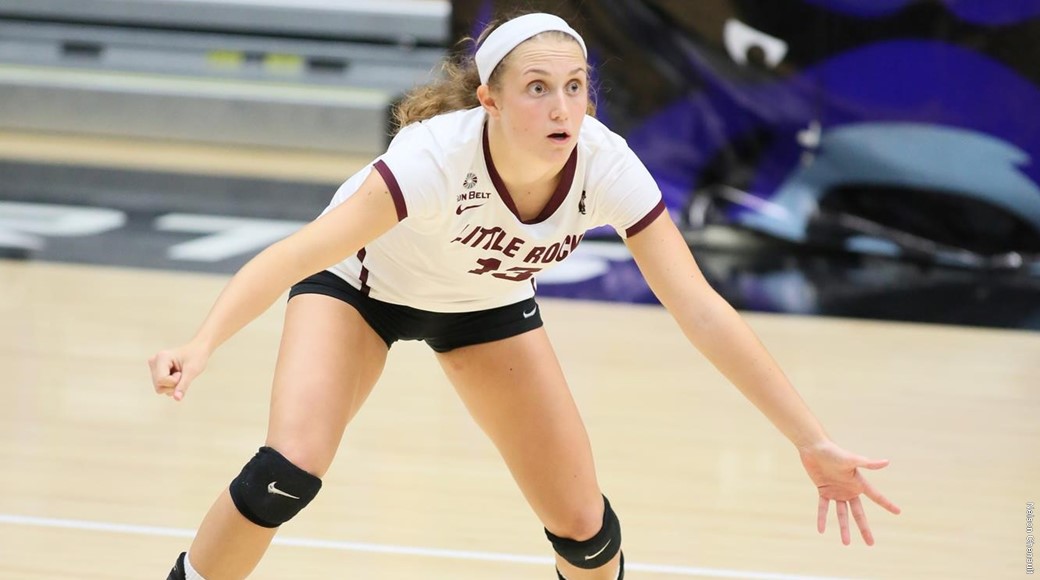 Little Rock volleyball tallied its 30th consecutive victory over ULM as the Trojans earned a 3-0 win (25-21, 25-16, 25-13) over the Warhawks on Friday night at Fant-Ewing Coliseum. Current Photo via Little Rock Athletics

Little Rock volleyball tallied its 30th consecutive victory over ULM as the Trojans earned a 3-0 win (25-21, 25-16, 25-13) over the Warhawks on Friday night at Fant-Ewing Coliseum.

Maritza Mesa led the match with 10 kills and a career-high .529 hitting percentage for the Trojans (5-10, 1-2 Sun Belt). Taylor Lindberg put together her first double-double of the season with 23 assists, a team-high 12 digs, three kills, three block assists and two aces. Tamaira Armstrong put down a career-high eight kills with five digs and three block assists. Veronica Marin put up a match-high seven block assists with six kills. Sydnee Martin led the match with three aces and had six assists and six digs.

Little Rock put the match away in the third set with a 12-point win over ULM. The Trojans’ offense hit .348 for the set compared to the Warhawks’ -.036. Also helping Little Rock’s cause was four total blocks. Marin led the set with four block assists of her own. Martin tallied all three of her aces in the final frame. The Trojans trailed 3-0 early, but they put together a 5-1 run to take the lead for good.

The Trojans took the second frame with its largest lead of the set at nine points after hitting .281 compared to the Warhawks’ -.027. Little Rock also put up five blocks for the set while Daisha Gillard had two solo blocks and one block assist. After being tied early at 1-1, Little Rock led for the rest of the set.

Little Rock took the first set by four points after putting down 17 kills and a .278 hitting percentage. Mesa and Marina Avram each led the set with four kills while Avram had five digs. Lindberg tallied 12 assists.

The Trojans will now set their sights on the Louisiana Ragin’ Cajuns as they’ll travel to Lafayette for Saturday’s match at 6:30 p.m.