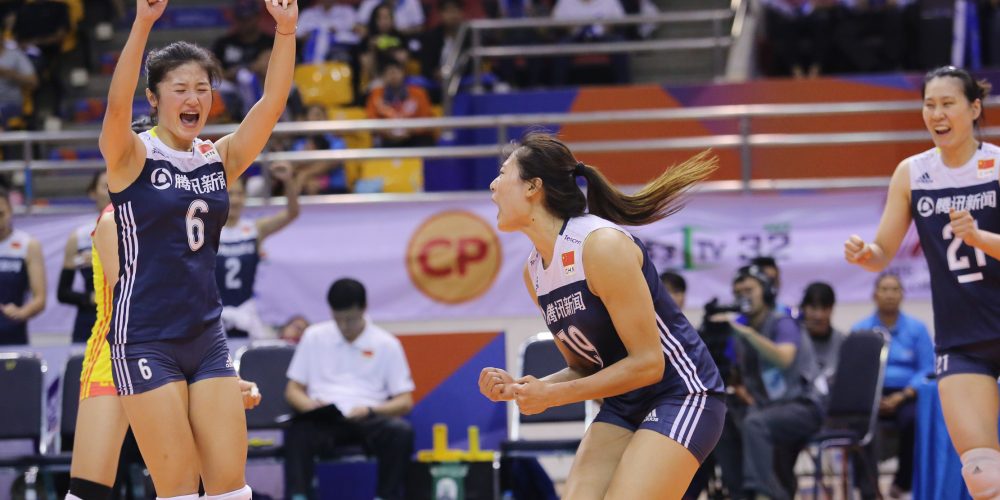 The 6th edition of the Asian Women’s Volleyball Cup, the latest in the line of a busy summer for top Asian teams, will pit two-time defending champions China against regional rivals Japan for the 2018 title on Sunday.

China has won 4 of the 5 titles ever offered in this tournament, and they advanced to the title game via a 3-1 win over Thailand: the squad that beat them in 2012 to interrupt their dominance. Japan, meanwhile, upended Chinese Taipei 3-1 in their half of the bracket.

In a tournament usually played by “B” teams, especially with top nations like China not wanting to risk their star players ahead of the World Championships, on occasion where big names show up at the tournament, they stand out as such.

This was the case with 25-year old Chinese outside hitter Liu Yanhan, who spent time with the “A” roster at the Nations League this summer but was left off the Asian Games roster and, barring injury, will likely be left off the World Championships roster.

In Friday’s semifinal, she pounded 42 points on 40/66 hitting (60.6%). The rest of the Chinese team combined hit just 36.1% against a Thai team that took a different approach and sent several of its best players to the tournament.

Her effort was the difference, as China held Thailand to 40.9% hitting to overcome the 22/44 night (24 total points) for Onuma Sittirak, who actually started the match on the bench.

The 1st semifinal was much more subdued than the 2nd, which Japan topping Chinese Taipei 3-1. Shiori Aratani scored 21 points on 17/35 hitting with 2 aces.

Taipei, who aren’t playing at the World Championships, recovered from a very slow start, but ultimately didn’t have enough to upend the Japanese. They hit just 45-155 (29.03% as a team throughout the match. Chang Li-Yun had 4 aces for Taipei to lead all players, with her team having a total 8-6 advantage.

Japan has never finished better than 4th in this tournament, so they’ve already guaranteed surpassing that; likewise, Taipei has never made it to the semifinals previously, so they too have guaranteed a team-best finish even after preliminary elimination at the Asian Games.