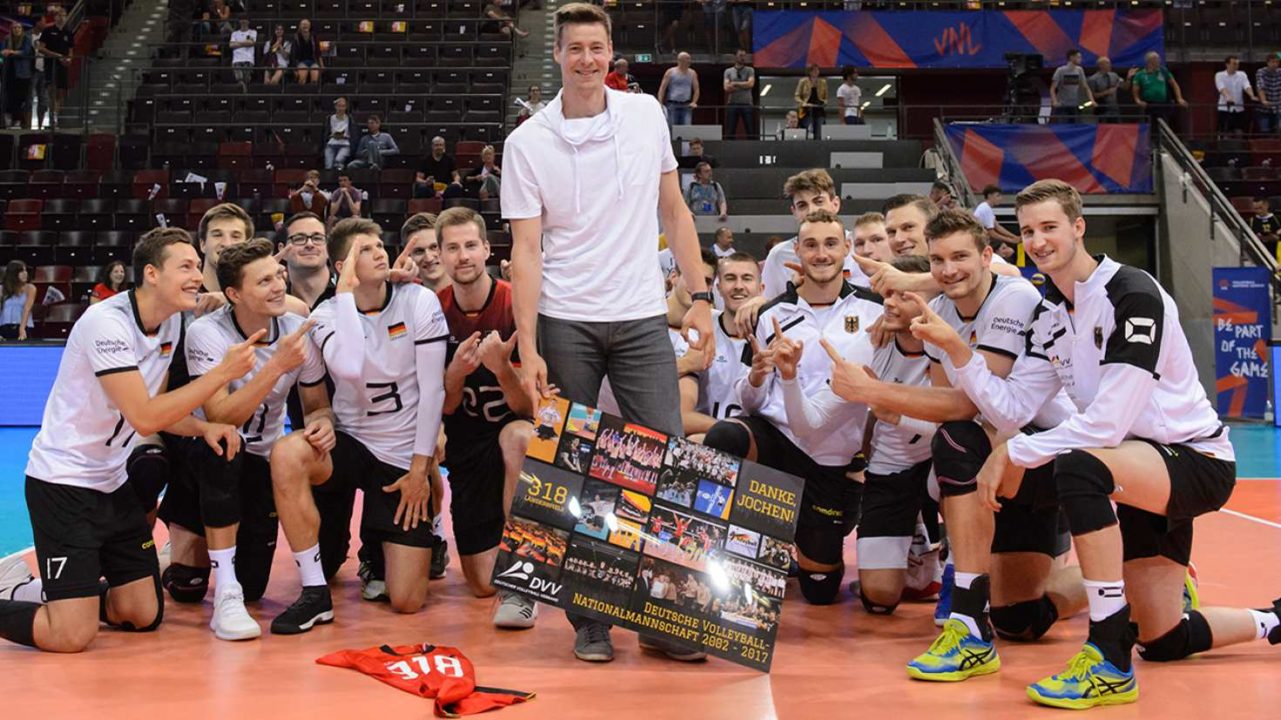 Schops has been named Germany's best volleyball player 3 times and was the MVP of the Polish League as recently as 2015. He'll continue to play professionally. Current Photo via DVV

34-year old Opposite Jochen Schops has announced his retirement from the German Men’s National Volleyball Team, capping a career that includes 318 international caps. Schops has long been the captain of the German international side, and while he didn’t play in this year’s Nations League, he was honored in week 4 of the the tournament in front of a home crowd in Ludwigsburg, where over 2,000 fans gave him a standing ovvation.

Schops has spent the last 6 seasons playing professionally with Rzeszow in Poland, where he was part of Polish Championship-winning teams in 2013 and 2015. He has signed next season to play with Stade Poitevin Volley in France: the 4th club of his long professional career.

Schops was named Germany’s best volleyball player for 3 straight years in 2007, 2008, and 2009. He earned MVP awards in the 2007 CEV Champions League, while playing with WfB Friedrichshafen; at the 2007 Memorial of Hubert Jerzy Wagner while playing for Germany; at the 2009 European League with Russian side VC Iskra Odintsovo; and was named the best player in the Polish PlusLiga in the 2014-2015 season.