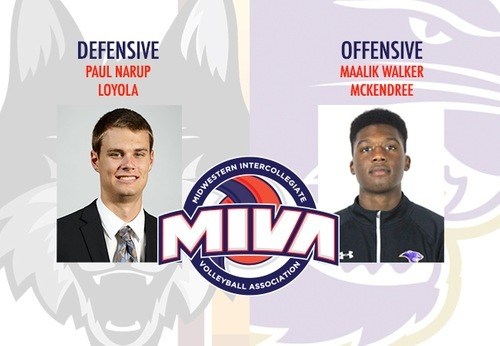 Opposite Maalik Walker averaged 3.86 kills per set on a .339 attack percentage last week in a pair of MIVA wins.  He started his week with a 16 kill performance in a 3-1 win over then No. 11 Ball State. The senior added four aces in the match. He returned with 11 kills on 18 swings against Fort Wayne, hitting .556 on the program’s inaugural senior night that honored eight members of the first ever recruiting class. Walker added two aces in the sweep.

News courtesy of the MIVA.