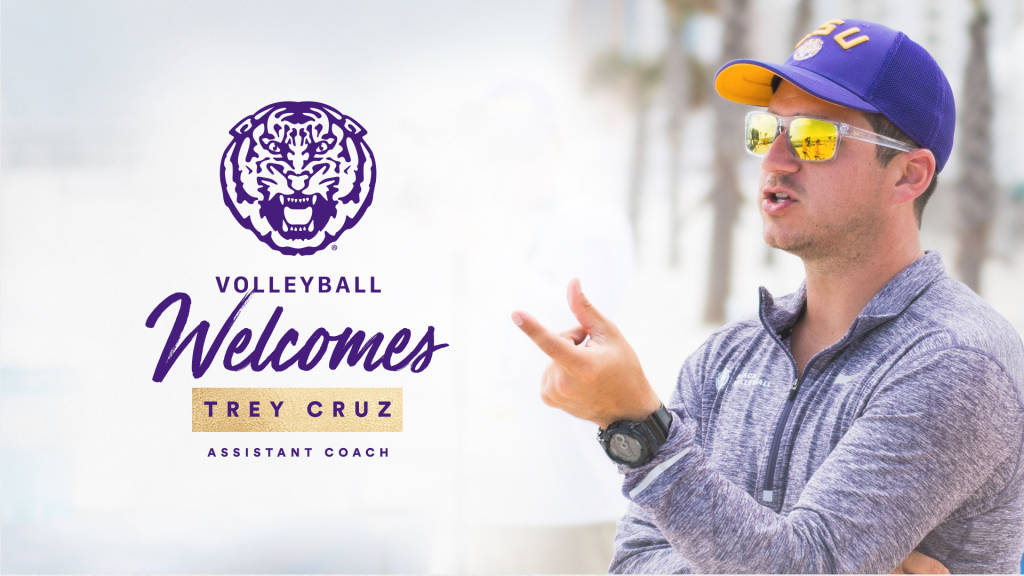 Trey Cruz will take on his second stint with the indoor volleyball program at his alma mater. Current Photo via LSU Athletics

LSU’s indoor women’s volleyball team didn’t have to go far to find their new replacement after Ethan Pheister left to join the staff at South Carolina. Indoor head coach Fran Flory has announced the hiring of Trey Cruz as the program’s new assistant.

“I am extremely excited for a special opportunity to work for this historical program under the guidance of Fran Flory,” said Cruz. “Being able to be a part of this amazing university and athletic department is such an honor, there is no way I could pass it up.”

Cruz is a Louisiana native from Houma, though he went to high school in Texas. He has spent the last two seasons as an assistant with the beach program at LSU after working UL Lafayette as the lead for video analysis and exchange, plus working with passers and outside hitters.

During Cruz’s time with the LSU beach volleyball team, they qualified twice for the NCAA beach national championship tournament – one of only 7 teams nationally to do so (in an 8-team field). The team finished with a combined 54-22 record in those two seasons.

Prior to UL Lafayette, Cruz spend 7 years as a manager and video coordinator at LSU from 2008-2014. He was a player-coach of the men’s volleyball team while a student at LSU and led the team to its first NCVF Collegiate Club National Tournament.