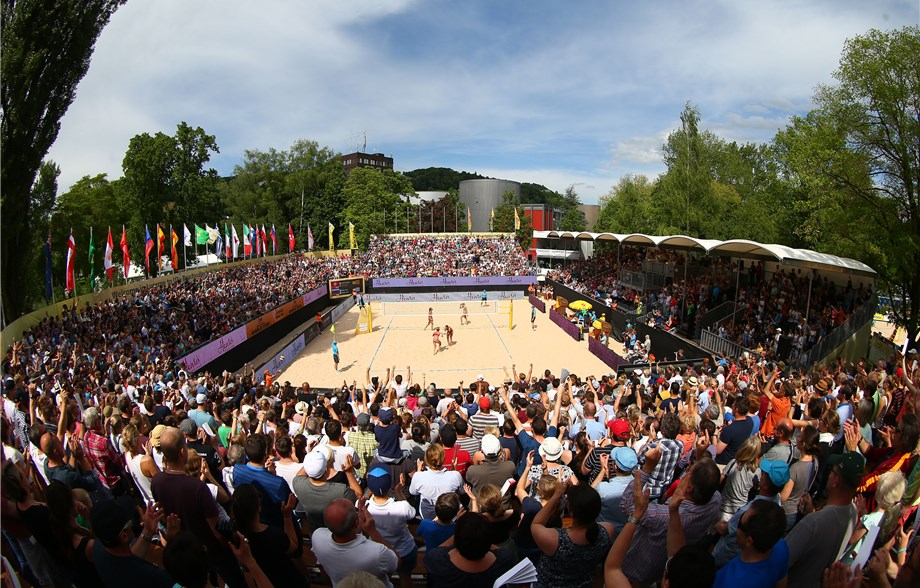 The jam packed FIVB slate continues this week with three titles on the line: the Tuan Chau Island One-Star, the Bangkok One-Star and the Lucerne Three-Star.  Current Photo via FIVB

The jam packed FIVB slate continues this week with three titles on the line: the Tuan Chau Island One-Star, the Bangkok One-Star and the Lucerne Three-Star.

Action begins in Lucerne, Switzerland on Wednesday with 100 teams from 35 countries among the field. The double-gender event includes 54 men’s teams and 46 women’s pairs. The teams will vie for a $150,000 total purse. Qualification rounds begin Wednesday with teams aiming for the final eight spots in the 32-team main draw for pool play action.

At the Tuan Chau Island one-star women’s only event, qualification begins on Wednesday with four teams vying for the final two spots in the 16-team main draw. Among the field in Vietnam are top seeded Sayaka Mizoe/Suzuka Hasimoto, which won silver at the Phnom Penh Two-Star on Sunday. Teams from nine countries, including four duos from Vietnam, make up the competition field.

In Bangkok, Thailand, qualification for the double-gender one-star event begins on Thursday.

On the men’s side, home-standing top seeds Nutannon Inkiew/Sedtawat Padsawud are looking for their third podium finish after gold at the Satun One-Star and bronze at the Langkawi One-Star in April, while Manila One-Star gold medalists Max-Jonas Karpa/Milan Sievers (Germany) also are among the field. Thirty-eight teams from 19 countries will vie for the title.

On the women’s side, Manila One Star gold and silver medalists Ayumi Kusano/Takemi Nishibori (Japan) and Paula Soria/Maria Carro (Spain) are in action. Thirteen countries are represented by 19 teams among the field, which includes Americans Bree Scarbrough/Aurora Davis.