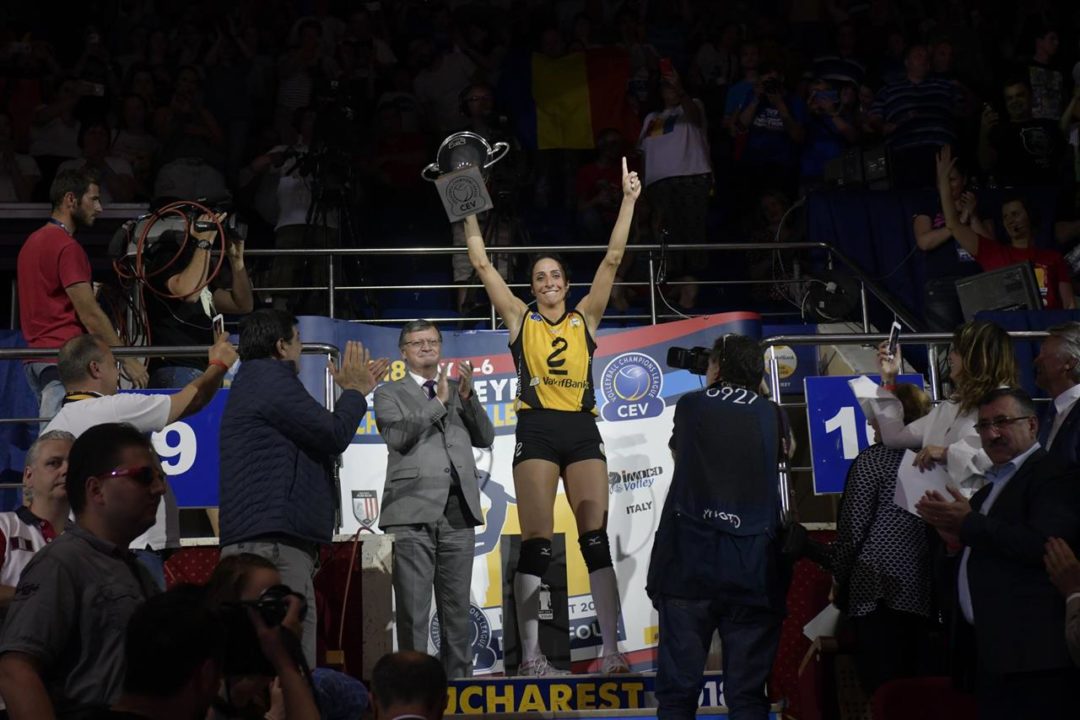 Gozde Kirdar gave all she had for VakifBank one last time on Sunday afternoon. Current Photo via CEV

A leader, a legend, a warrior, and a captain: Gozde Kirdar encapsulates all of those things for VakifBank Istanbul. After scoring the second-to-last point of the match for the side where she’s played for 19 years, Kirdar fell to the floor, clutching her left knee, as the crowd hushed and her teammates watched in disbelief.

The match was well-in-hand, and even without Kirdar was no longer in doubt at that point with VakifBank needing just 1 point in the next 10 or so to seal their 4th Champions League title. Instead, more was the concern for Kirdar’s knee, and the tragedy it might be to go out on an injury so close to successful completion of her career.

But, in the most fitting moment of the entire tournament, Kirdar wasn’t to be removed from the court, on a stretcher or will of medical advice, until it was time for her to ascend the steps in the Sala Polivalenta to stand alone in solitary glory as the first member of her team to lift the 2018 trophy. She was noticeably hobbled through the last point, and when she descended the stairs again, but on the way up, it was almost as much of a knee-less flight as it was an agitated climb.

And thus is a fitting end for Kirdar, a player who gave her whole life for two decades to this club, being rewarded over the last decade as the unparalleled queens of European volleyball. In her final match, she pushed to the brink, risking life-and-limb when she could have cruised to a title, demonstrating why the captain’s C adorns her chest.

She finished the match with 12 points, and a hobbled left knee, but for the first time since she was a young teenager, she will be able to take her time in rehab, relax, and enjoy. She’ll probably spend a few weeks sitting as her knee heels, but it’s a few weeks she’s well-earned.