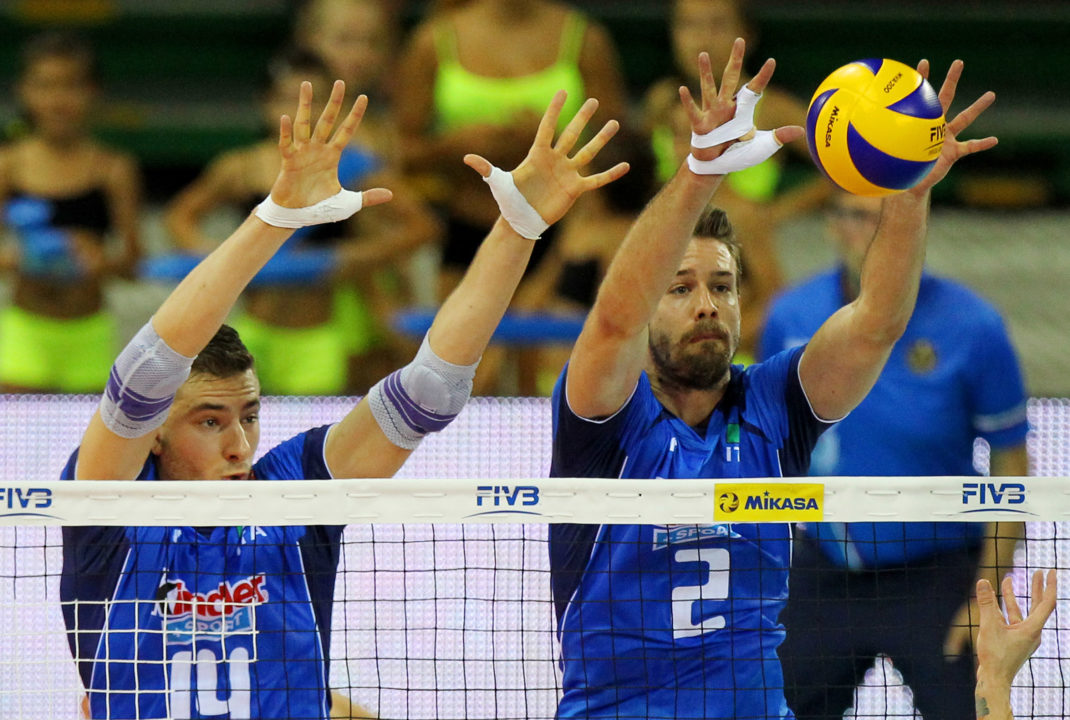 Jiri Kovar (right, #2) has been given a temporary suspension after testing positive for a banned substance during the final match of the Italian Championship playoffs. Archive Photo via FIVB

Italian volleyball player Jiri Kovar has been temporarily suspended for failing a doping test in May while awaiting a hearing in front of Italy’s national doping authority NADO. Kovar plays for the Italian runners-up and European silver-medalists Cucine Lube Civitanova.

He tested positive for THC, which is a metabolite and main psychoactive substance found in cannabis (marijuana).

The organization announced the failed test on Wednesday, saying that he tested positive during a May 6th match with Sir Safety Perugia. That match was the final match of the 5-match Italian SuperLega Playoff final, which Perugia won in a 3-0 sweep to claim their first-ever Italian Championship. Kovar started and played all 3 sets of that game, scoring 14 points (2nd-best on the team), hitting 65% with just 1 error, and serving as the team’s primary receiver with 32% positive reception.

Kovar continued to play in the Champions League Final 4 with Lube, though in more of a reserve role – he scored 1 point in the team’s semi-final win over Zaksa and 2 in their finals loss to Zenit Kazan, though he participated in all-but-one set of the tournament.

Lube released a statement that read, translated to English: We regret to inform you that from the anti-doping office we have received information about the positive result of a doping test that Jiri Kovar underwent. THC Metabolite was detected in his body. Until we learn more detailed information, we will not comment on the matter.

A first-time failed doping test, if no mitigating circumstances are discovered, can result in a ban of up to 4 years. However, in the most recent case in volleyball, Bulgarian National Teamer Spas Bayrev, without much in the way of a mitigating circumstance, was given only a 1-year ban for testing positive for marijuana last year.

Because Kovar was the only player to test positive, Lube’s team results are not in jeopardy.