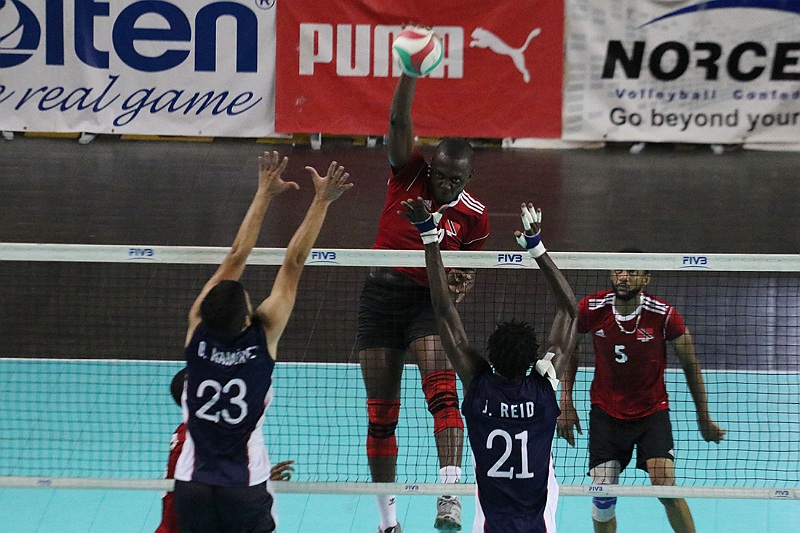 The 2018 Men NORCECA Challenge Cup is underway, as host-nation Cuba had their opening match come against Guatemala while Puerto Rico and Trinidad & Tobago squared off. That was followed by more action today on day two. The event’s format, standings and results from the day with some analysis can all be seen below.

The opener didn’t go so well for either of these two nations, with Trinidad & Tobago getting swept a day prior and Costa Rica falling in this one. The latter benefits the former, as Trinidad & Tobago is on the board with their first win. They came in as the lowest world ranked team in the event, so it is quite the victory too, especially coming in straight sets.

Leading the scoring for Trinidad & Tobago was wing spiker Akim Bushe (12 points), with opposite Ryan Stewart (10 points) holding down the other pin. Costa Rica couldn’t find as much balance and saw Gilberth Solano (10 points) pave the way offensively, but didn’t have that second option.

Sean Morrison, coach of Trinidad & Tobago: “My team was very professional in the reception, one hurting element against Puerto Rico, today it improved a lot, played more consistently, and in the second and third sets the boys got tired a little, and they allowed more points but they knew how to stay and get success”.

Costa Rican captain Andres Araya: “We are a young team with little international experience, however I was very satisfied because we went from less to more and it was shown on the court that we gained confidence and felt at every point more comfortable, and that for me is the highlight.”

Each set was progressively closer, but the end result was another Puerto Rican sweep and Guatemalan 0-3 loss. That puts Guatemala in a tough position, while Puerto Rico is likely to have secured a spot in the semifinals with four of the five teams from pool play advancing on.

It was all about the pins for Puerto Rico in this one, with Eddie Rivera (15 points) and Josue Rivera (11 points) leading the scoring for either side. Thus far, two opponents have struggled in slowing down the attack from Puerto Rico, who along with Cuba is likely the other biggest favorite in this event. In the losing effort for Guatemala, Carlos Lopez (six points) led the way, but they failed to find a huge spark offensively.

Puerto Rican captain Ramón Burgos: “Our team is improving in level, we are getting to know each other little by little, although we still have elements to fine tune, especially at the end of the games because we are making too many mistakes, but happy because the goal is to finish strong with the favorite team that is Cuba.”

The coach of Guatemala, Lucas Mora: “Today we saw a different team, more involved in the field and we gave participation to some players of the bench. Puerto Rico is very competitive and of good level of play, and that’s good, although we always want to win at least a set, these are the only two games of the year, so we hope to continue improving in the next.”