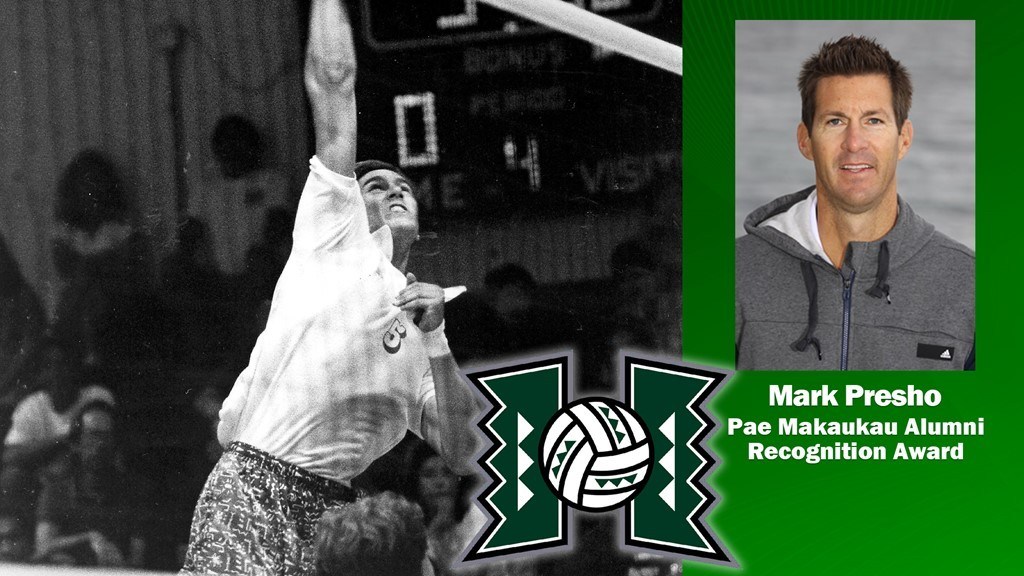 Former University of Hawaii men’s volleyball All-American Mark Presho has been named the 2017 recipient of the Pae Makaukau Alumni Recognition Award, which he will receive at the 7th annual A’o a Koa Scholarship Dinner on Sunday.

The award, given out every season since 2011, recognizes an alumni of the program who has gone on to continued success in volleyball after graduation.

Presho was an AVCA second team All-American in 1993 and a three-time All-Conference honoree. When he finished his career, Presho was the program’s all-time leader in kills with 1,582, and now, more than 20 years later, he still ranks 2nd in program history. He also ranks as one of the 10 best blockers and 10 best servers in program history. Presho spent 2 years on the U.S. National Team and won 8 U.S. Open National Championships on the 4-Man Beach Pro Tour.

Currently, Presho is in his 14th season as an assistant coach with the men’s team at UC Irvine, where he has been a part of the team’s 4 national championships.

Presho will be honored at the A’o a Koa dinner, where current and former players, and the team’s staff, will be on hand to sign autographs and meet with fans and supporters. Proceeds will be used to help fund the summer school scholarships, recruiting, video equipment and additional/camp staff for Rainbow Warrior Volleyball. The event also features a silent auction with sports memorabilia, travel, golf, hotel and event ticket packages, dinner certificates and other great items.