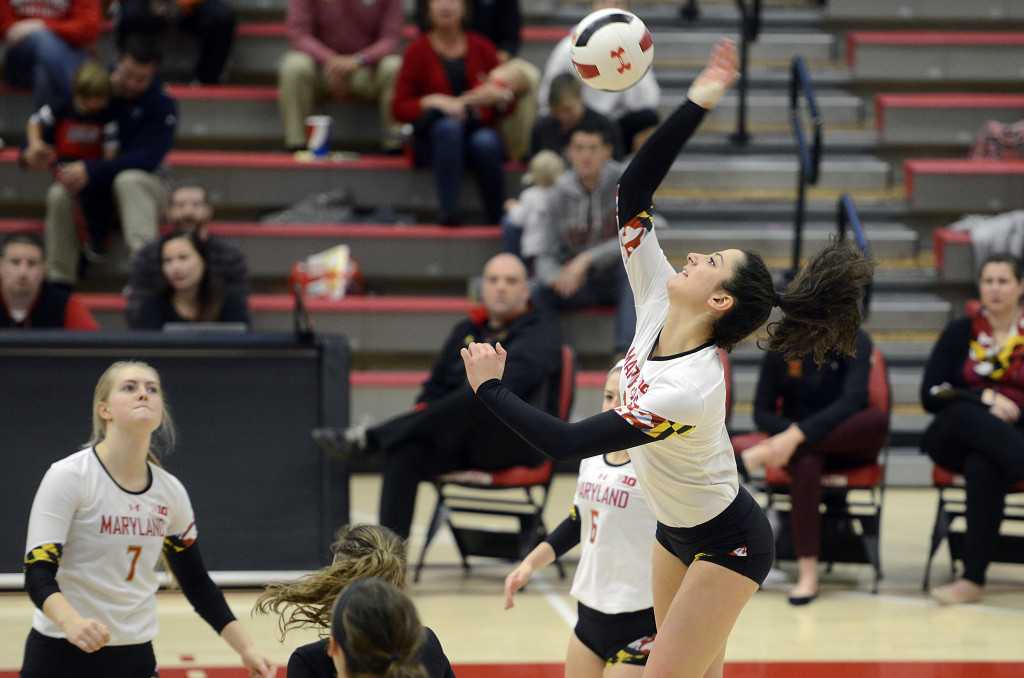 Baylor is landing a big-time transfer addition in the form of Gia Milana, a 6’2″ outside hitter who was the kills-leader at Maryland in 2017. The report comes from Maryland’s student paper, The Diamondback. A sophomore this past season, Milana will be a junior in 2018 with two years left of play. Since she is moving to a different conference, it’s likely she will be immediately eligible.

Originally from Romeo, Michigan, Milana came to Maryland as part of a big-time recruiting class under Steve Aird. In fact, Milana was the first ever Under Armour First-Team All-American to come to the program, but now that Aird has left the school for Indiana Milana is headed off as well.

As a true freshman in 2016, Milana was on the Big Ten All-Freshman Team in addition to a All-Big Ten Honorable Mention honor. This past season as a sophomore, Milana led the Terrapins in kills and helped the school to an 18-14 record with some big wins that put them on the edge of the NCAA Tournament. Unfortunately for them, they were one of the first four out.

For Maryland, things get tougher as they have just two outside hitters for 2018 now, with one who played in just nine sets last season.

Baylor meanwhile is coming off of its best year in program history, as they went 24-7 and 13-3 in conference play, which was good for a second place finish in the Big 12. They also earned the #12 seed from the committee and hosted in the NCAA Tournament for the first time in making the second round.

The Bears had seven players on their 2017 roster who were outside hitters – although five were just outsides. Of that group, two graduate led by Katie Staiger. That should be a role that Milana slides into as Baylor should feature a very strong pin presence between the Maryland transfer and VolleyMob All-Freshman Team performer Yossiana Pressley.

Aird’s recruits were inspired to join a mediocre team because of his vision and commitment. Hopefully MD players know the vision is still achievable even if his commitment was an illusion.

The Illusion is Maryland’s commitment to the women’s volleyball program. The coach did a great job building it and when he was courted by other schools, the University of Maryland showed their true commitment by not offering what other schools were offering.