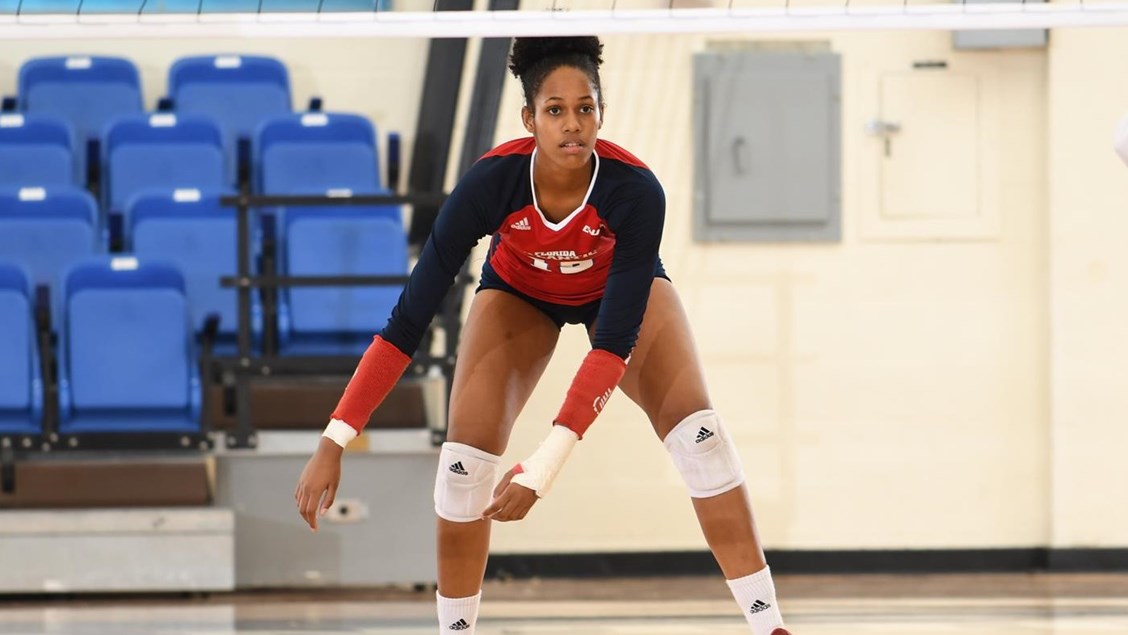 Conference USA wrapped up its first week of volleyball conference play on Monday, handing out weekly awards to a pair of Indiana-based Lady Toppers and two juniors hailing from outside the United States. Current Photo via Florida Atlantic Athletics

IRVING, Texas – Conference USA wrapped up its first week of volleyball conference play on Monday, handing out weekly awards to a pair of Indiana-based Lady Toppers and two juniors hailing from outside the United States. Dominican Republic native Massiel Matos received Offensive Player of the Week for Florida Atlantic. FIU’s Lina Bernier, a redshirt junior from San Juan, Puerto Rico, claimed Defensive Player of the Week. WKU’s Taylor Bebout was crowned Setter of the Week and Lauren Matthews returned from an injury to grab Freshman of the Week. All C-USA weekly awards are presented by Top of the World Headwear.

C-USA Offensive Player of the Week

Massiel Matos, Florida Atlantic, Jr., Higuey, Dominican Republic
Matos was outstanding in the opening match of Florida Atlantic’s conference slate on Sunday. The junior powered a match-high 17 kills and 10 digs to complete her team-best fifth double-double in a sweep of UAB. She chipped in an assist, a service ace and one block with 6.17 points collected per set. Matos’ 5.67 kills per set at a .371 clip lifted Florida Atlantic to a team hitting percentage of .324 and the team’s 10th win in a row. With the victory, the Owls have now claimed eight-straight wins at home and their first league-opener since 2004.

C-USA Defensive Player of the Week

Lina Bernier, FIU, R-Jr., San Juan, Puerto Rico
Bernier posted two double-digit kill performances in FIU’s pair of league sweeps over the weekend. The Puerto Rico product protected the court with 20 digs against UAB on Friday. She turned to Marshall and contributed another 19 to average 6.50 digs per set on the weekend. She also added six assists and a .973 reception rate in the process.

C-USA Setter of the Week

Taylor Bebout, WKU, R-Fr., Decatur, Ind.
Bebout nabbed the program’s first weekly setting award of the season with an all-around effort in league wins against Middle Tennessee and Charlotte, and a midweek victory over [RV] Cincinnati. The redshirt freshman registered two double-doubles, dishing out a career-high 52 assists and 11 digs against the 49ers. Against Cincinnati, Bebout locked in on 40 helpers and another 11 kills. The Indiana talent compiled a hitting clip of .367 on 14 kills, 120 total assists, 25 digs and four blocks through week five of the 2018 campaign.

C-USA Freshman of the Week

Lauren Matthews, WKU, Fr., Indianapolis, Ind.
Matthews returned from injury and immediately made an impact for WKU. The newcomer was a bright spot on all sides of the ball, helping WKU to a 2-0 start in league action, while securing a victory over a nationally-recognized Cincinnati team. The midweek meeting marked her first live match play since opening weekend back in August. Matthews racked up 36 kills (3.27 k/s) at a .377 efficiency rate, 14 blocks (1.27 b/s) and 4.18 points per set.

For the third-straight week at least one Lady Topper has earned a C-USA weekly honor!