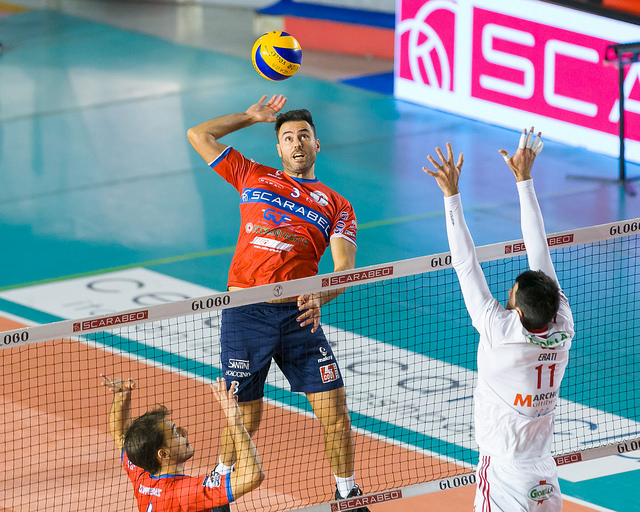 Matthew Pollock will be suiting up for Hypo Tirol Unterhaching in the German Bundesliga next season.  Current Photo via ASD Junior Volley Civita Castellana

After spending a season in the Italian Serie A2, Italy’s second division, Matthew Pollock will be making a move to Germany. Pollock, a middle blocker formerly of Pepperdine, will be playing for Hypo Tirol Unterhaching in the German Bundesliga. This will be Pollock’s first job in Germany after playing the past 5 seasons in Finland, Switzerland, Portugal, and Italy.

Last season Pollock was rated as the 18th best middle blocker in the Serie A2 for Ceramica Scarabeo Gcf Roma. He scored 279 points total on the season. His .84 blocks per set ratio (92 blocks total) was 2nd best in the league. Pollock also finished the season with 177 kills. His team finished at the top of the standings in their 12-team division. They were upset in the quartefinals of the playoffs.

Pollock will be moving to a relatively new team in Germany. Their first season was 2017-2018. In their first season as a club they finished the regular season in 5th place. Hypo Tirol reached the semifinals and were eliminated by VfB Friedrichshafen.