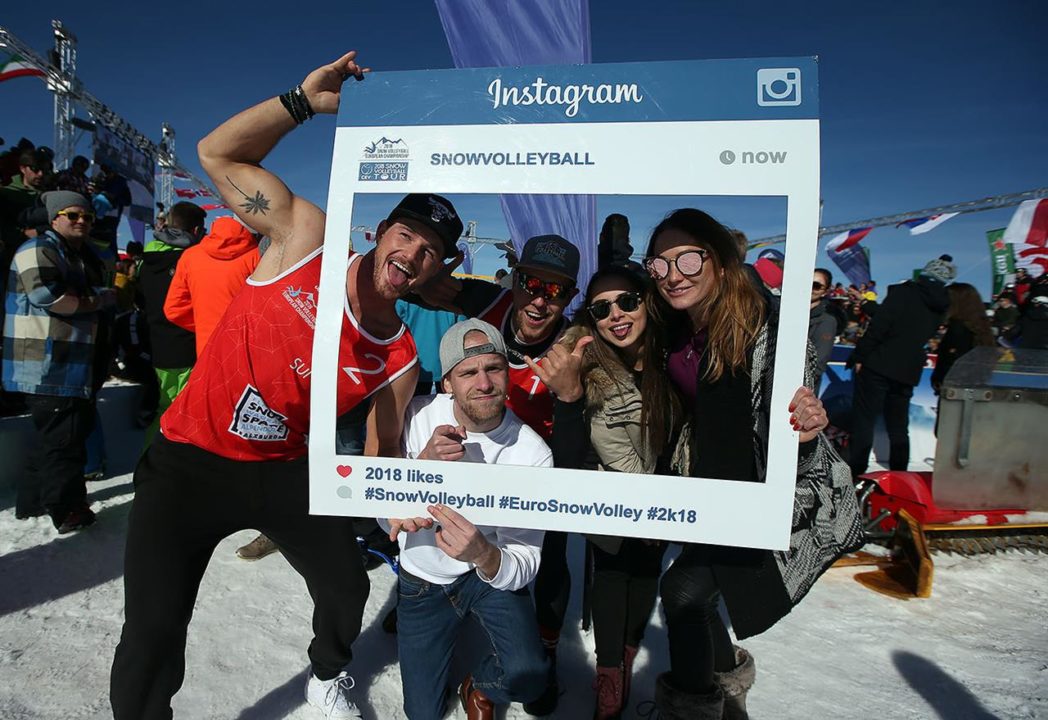 Due to its status as an “exotic” new sport, snow volleyball has drawn a lot of interesting characters to its first European Tournament. The modality still carries that amateur aura, where people are competing mostly for fun, and not for money, after all the prize money for Europe’s top competition is only about 12,500 USD per winning pair. In comes Switzerland’s Remo Spahr. The 23-year-old enthusiast practices all three disciplines of volleyball – indoors, beach, and snow, in addition to also playing American football (Cev.lu):

“Even though I played my first official Snow Volleyball tournament last year in Liechtenstein, my first experience with this game came eight years ago in Engelberg. Of course, that was just for fun and almost for the same reason last year I decided to play in Malbun together with a friend of mine. I have been playing American Football since last summer and am training about two to three times a week. We train and play outdoors, even during the winter season, so this definitely helps for Snow Volleyball as well, since my body and muscles are used to cold and chilly conditions. I am missing the first match of the season this weekend, but our participation in the first Snow Volleyball European Championship here in Wagrain is an invaluable experience.”

Where does he get all his energy? It seems like he was born for the sporting lifestyle:

“Actually, I sleep five hours per night and I feel so full of energy that I have to find a way to release it somehow. That is why I have been practicing so many different sports. As for American Football, they coaches liked the fact that I am fast and explosive, and you need such qualities when playing that game. I have tried skeleton as well in Igls, a track near Innsbruck, and recorded such a good time that I ended up playing the role of forerunner for a competition they were hosting there. My grandfather used to coach the skeleton Swiss national team and he has attended the Winter Olympics as well, being responsible for checking the blades. I may try even bobsleighing as well next year, we will see.”

Spahr finished the competitin in 9th place, but hardly thinks the results matter. He is thinking about what the experience of the tournament will mean for the volleyball community long term:

“Raphael and I had come to the venue of the tournament as we wanted to train a little bit more before the start of the competition, but as soon as I realised that so many kids were around, I decided we would use our time differently. These children are tomorrow’s future players and if we can pass on to them some of our skills and knowledge, that is probably the best investment we can make.”

Characters like Spahr may just be what the new modality needs in order to captivate fans and take off. We’ll soon find out.