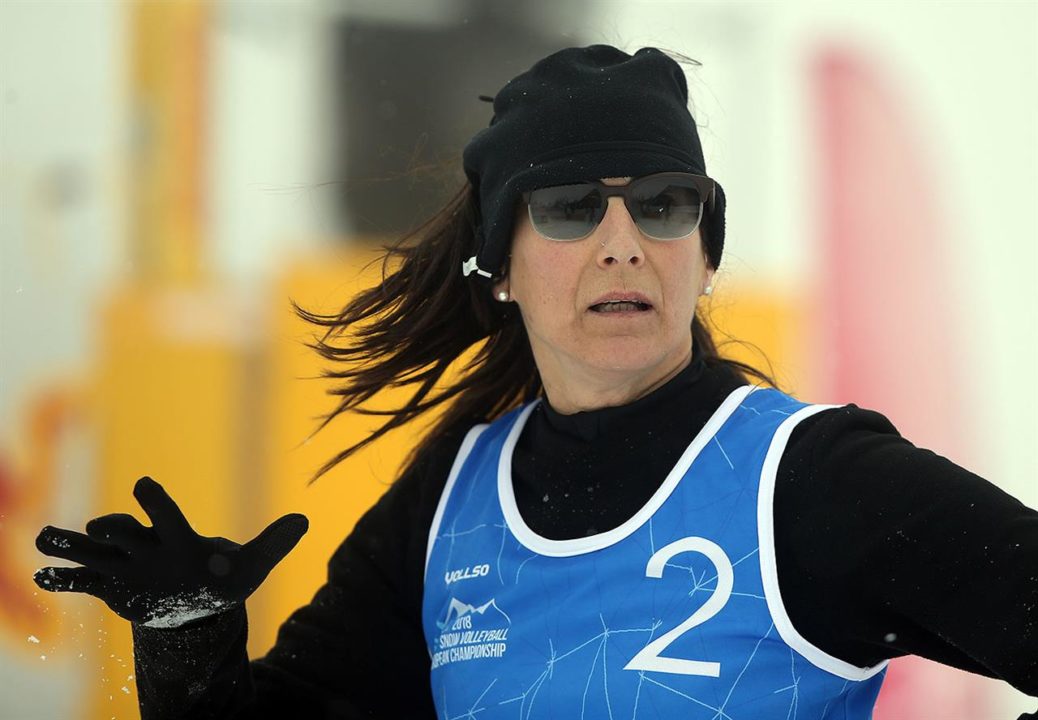 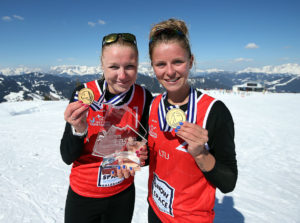 Twenty-four years ago, Cristina Parenzan was among the handful of players who competed in the first-ever European Beach Volleyball Championship. Now, at 48 years old, she made history again with her participation in the first ever CEV Snow Volleyball European Championship. The pioneer is experienced on the snow, having won an European Tour stage with her partner Tania Ferrazzo,, but didn’t have much luck on EuroVolley, being eliminated from the tournament in the preliminary rounds.

She had a lot to contribute with the other players about hear years of experience with volleyball, and even commente on the similarities between both sports (Cev.lu):

“When it comes to Snow Volleyball, since you play on a surface where you cannot move that fast, it’s all down to the ability to adjust to the conditions but especially to read what your opponent will be doing next. In other words, you have to make them do something which helps you score the point or prevents them from having the opportunity to score. I am 48 but I feel in good shape and I very much hope to play Snow Volleyball again. I will be moving back to my birthplace later this year, which is close to Roccaraso, so if there is another Snow Volleyball tournament there, I would love to compete again. I have heard many good things also about the tour stops organised in Turkey, so I am hopeful that my own Snow Volleyball journey does not end here.

I definitely see a lot of similarities. Back in those early days for Beach Volleyball, most of us were Volleyball players transitioning to the sand – and actually almost all of us did still play indoors and would play Beach Volleyball in the summer only. I have spoken to a number of the players competing here in Wagrain and this has made me realise that we almost all have a Beach Volleyball background and are trying to adjust our skills to the fact that we play on snow. In this sense, the early days of Snow Volleyball are quite similar to those of Beach Volleyball. When we first started playing Beach Volleyball and touring the world or Europe, most of us did not have any coach or staff, and the same happens here. However, this somehow stimulates a sense of togetherness and cohesion among the players. If you have a team or a coaching staff, you somehow end up isolating yourself from the others, whilst if you are on your own, you are more likely to spend time with other teams. This is what I enjoyed the most back in the early days of Beach Volleyball and this is what I am experiencing here as well. I spent some time with the players from Slovenia and Czech Republic, and we identified the opportunity to work closer, have camps together, and have invited each other to our respective homes

Back in the 90s it all accelerated with Beach Volleyball appearing as a demonstration sport at the Barcelona Olympics and its addition to the official programme four years later in Atlanta. I do believe that Snow Volleyball has the potential to grow – since it provides countries with no indoor facilities to play Beach Volleyball or where you cannot play outdoors in the winter with the opportunity for their players to compete almost all year round. Another thing you should not underestimate is the feeling you get from competing in such a scenic place as we do here, surrounded by these marvellous snowy peaks.”

It is always nice to get inside the mind of someone who has a deep relationship with the sport, specially as a new modality is making its debut. Is Parenzan’s positive perspective enough to make fans optimistic about the future of snow volleyball? It is hard to say, although the FIVB an CEV are certainly working hard towards that goal.