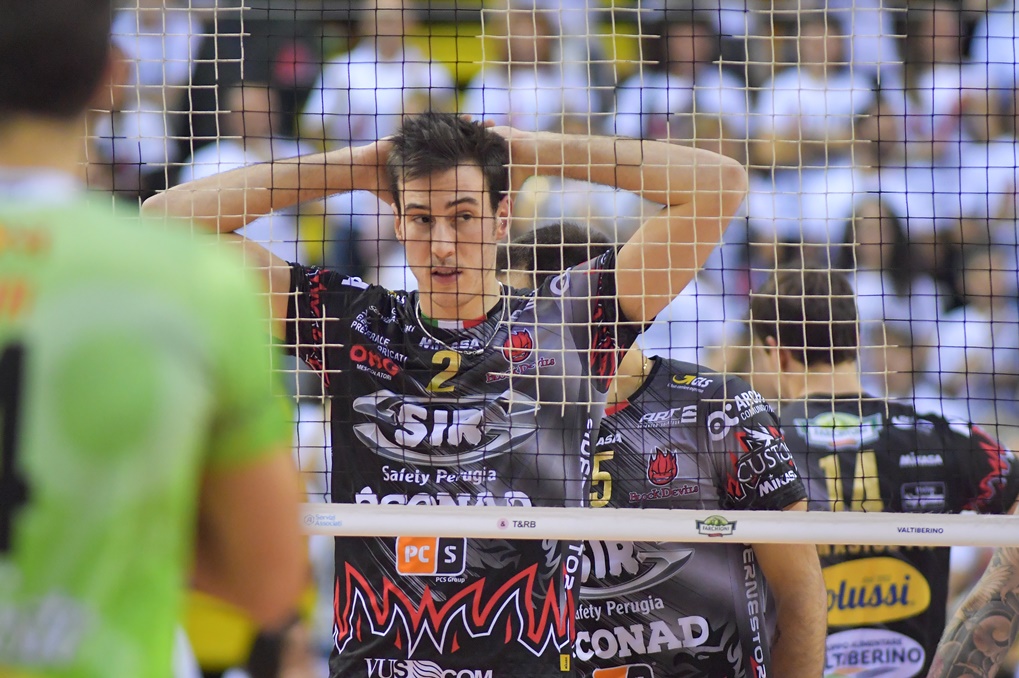 Ricci won a silver medal at the 2015 FIVB Grand Champions Cup with the Italian national team. That goes to show that with that kind of young talent in its bench, let alone players like the newly-signed Wilfredo Leon, Perugia's squad is 12-player deep Current Photo via https://www.sirsafetyperugia.it

Current A1 champions Sir Safety Perugia has announced in its official website that it has extended ties with Italian national teamer middle blocker Fabio Ricci. The soon to be 24-year-old is set to undergo his 8th professional season, all of them spent in Italy. As a back-up in Perugia’s title run, he was very effective in his limited playing time, hitting at 65% and helping with 0.6 blocks per set.

Here is what the player had to say of his contract extension:

“As a personal ambition, I have to work to find my space on the court, to highlight my qualities and to repay the trust of the team. But of course in the first place there are ambitions and team goals that are always the same, that is, take to the court to win. After having conquered it all last season, we start again aware that it will be even more difficult. To repeat must be our goal and we will work from the first day according to this “.

I believe that the president, along with the management and technical staff, has done a great job and has set up once again a great team, very strong and complete in all departments. He brought to Perugi Leon, which was a bit of everyone’s dream, Lanza, which is real guarantee at the 4 position, and other young and very interesting players. Above all, he helped to maintain to a large extent the backbone of the past season which proved to be of the highest level. Never change a winning team? The maxim says this, but then in reality it is not always like that. I believe that the various choices must always be respected and I also believe that changing something in some aspects can yeld good results. Every season in sport is in itself, the really important thing for a group is knowing how to always raise the bar compared to the previous year.”

Ricci won a silver medal at the 2015 FIVB Grand Champions Cup with the Italian national team. That goes to show that with that kind of young talent in its bench, let alone players like the newly-signed Wilfredo Leon, Perugia’s squad is 12-player deep.