Mercer Adds a Trio of Transfers for 2018 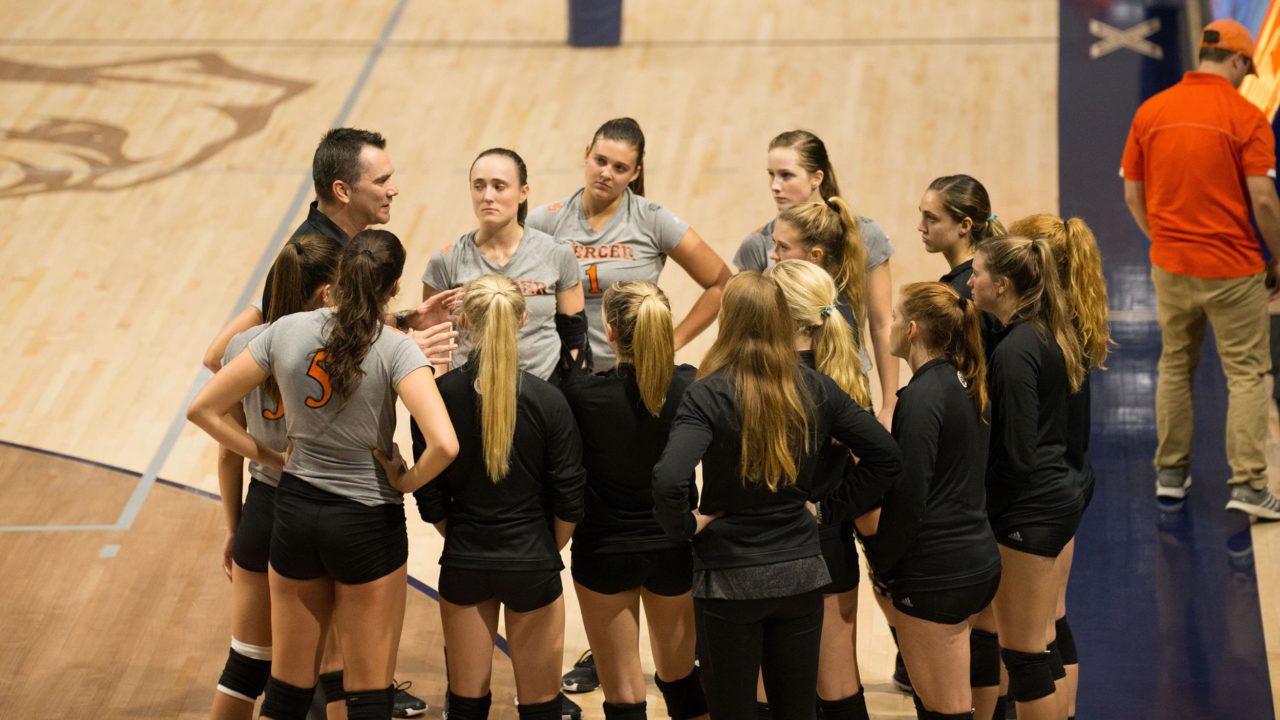 Three transfers are joining Mercer for 2018 as they look to build on a 10-win season. Archive Photo via Marvin Gentry/Mercer Athletics

Mercer has made a large splash to bolster their roster as they prepare for the fall of 2018 season with three transfer additions. The trio coming in will be immediately eligible for the season ahead.

“Roberta is a kid I recruited and helped through the recruiting process in my time away [from collegiate coaching]. I was ecstatic to hear she was looking for a new challenge after her freshman season at Wisconsin-Green Bay,” Mercer head coach Derek Schroeder said in the team’s release of the news.” Roberta will be a terminator on the pins that we have lacked so far since I’ve arrived at Mercer…we’ll look for her to take big swings for us this fall.”

The second addition moves things to the middle with 6’3″ Alexia Morey, who is the only non-sophomore of the players. Morey will be a redshirt junior for the season ahead after redshirting in 2015 and spending two more seasons at UMKC. In her most recent campaign in 2017, Morey recorded 74 kills (0.86 per set) on a .142 hitting percentage, 73 blocks (0.85 per set) and 14 digs.

“Lexi adds much needed size to our net presence and will be a big part of making our defensive considerably harder on our opponents’ offenses this fall,” Schroeder added in the release.

Rounding out the group is 5’6″ defensive specialist/libero Megan Smith, a native of Oakville, Ontario. In her lone season with the program in Canada, Smith appeared in 18 matches and 54 sets and totaled 94 digs (1.74 per set), 13 assists and three aces.

“I have known Megan a long time and flatly I think many people missed out on her as a player,” Schroeder said of the addition. “She will come in and ball every day and she will add a ton to our gym culture and our on court presence.”

Mercer finished the 2017 season at 10-21 overall and 3-13 as a member of the Southern Conference (SoCon). Along with the three transfers, the team is adding five freshmen as they look for a turnaround in 2018.