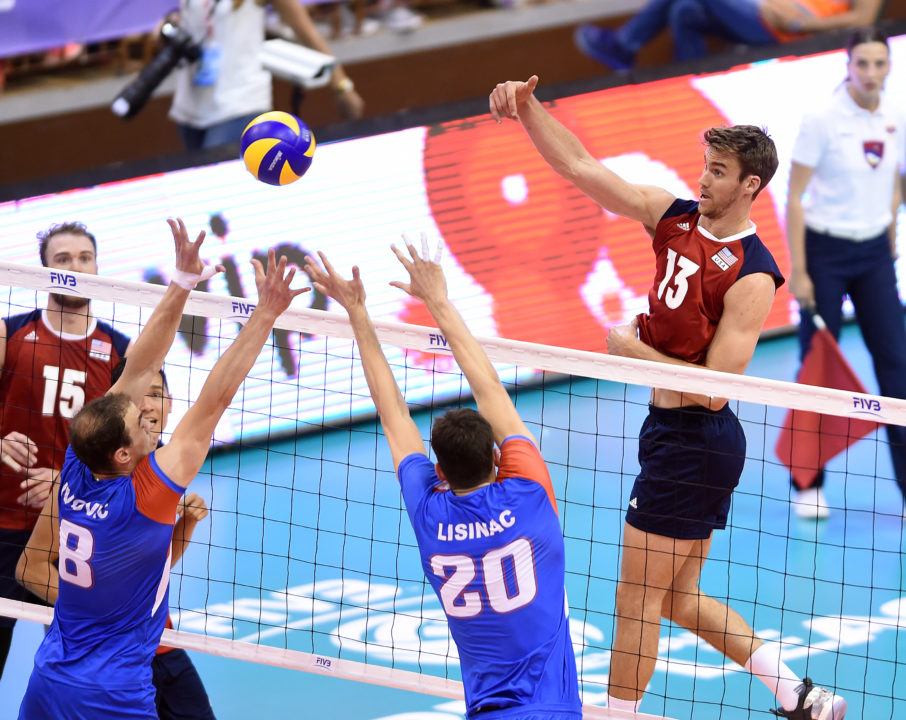 After spending one season in Poland with Trefl Gdansk, former UC Irvine middle blocker Dan McDonnell (2011-12) will continue his professional career with Tourcoing VB Lille Metropole (TLM) in the French Pro A league.

This will be McDonnell’s third French side, having previously played for Tours VB and Chaumont VB 52 Haute Marne, where he won the 2017 French Pro A championship. Over the summer, McDonnell has also scored 28 points for Team USA in 2018 Volleyball Nations League (#VNL) action.

In an interview with VolleyMob, McDonnell said, “I think I’ll miss the fans the most. I think Poland has some of the most passionate volleyball fans in the world and their support really helped to make my experience in Gdańsk special.”

Commenting on his new side in France, McDonnell added, “They had a lot of success last year and I’m excited about playing for a team that is on the rise in the French League and has a ton of support from the town and fans. While we’ll be returning as French Cup champions, I think it’ll be important to take the season as it comes, getting better as a team every day and finding our chemistry together.” McDonnell will be reunited with his former Chaumont teammate, opposite Ronald Jimenez.