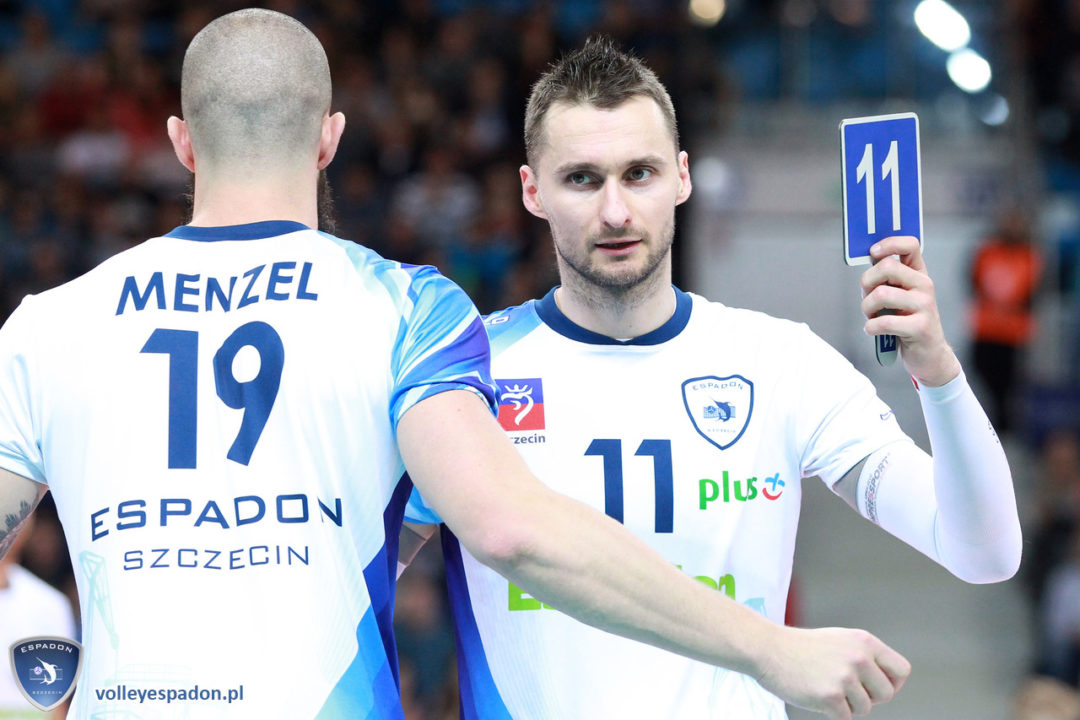 At 34, Polish Olympian Michal Ruciak is making the switch from outside hitter to libero for the 2018-2019 season. Archive Photo via KPS Stocznia Szczecin

Polish club Cerrad Czarni Radom has announced the signing of 4 players for the 2018-2019 season to replace 4 players they lost in the off-season.

The biggest news is the addition of 34-year old libero Michal Ruciak, who will replace the departed American Dustin Watten at the position. Ruciak was a long-time outside hitter for the Polish National Team, including at the 2012 Olympic Games where Poland advanced to the quarterfinals.

Now, in his 30s, he’s shifted to libero for the upcoming season, where he’ll try to fill the shoes left by Watten: the 7th-ranked libero in the PlusLiga last season by DataVolley statistics.

The team has also added Slovenian middle blocker Alen Pajenk, Swiss setter Reto Giger, and Russian opposite Maksim Zygalow. The 6’8″, 32-year old Pajenk led the Italian league in aces last season. That will make him a good addition to Radom, who were 3rd in the Polish league last season with 199 aces.

That includes 42 from outgoing Dmytro Teryomenko in 109 sets, which tied him for 3rd-most in the league. Teryomenko, who has signed with Tours in France, was the 4th-best middle blocker in the league last season and is the player who Pajenk has been conscripted to replace.

Giger will likely join the team as a reserve.