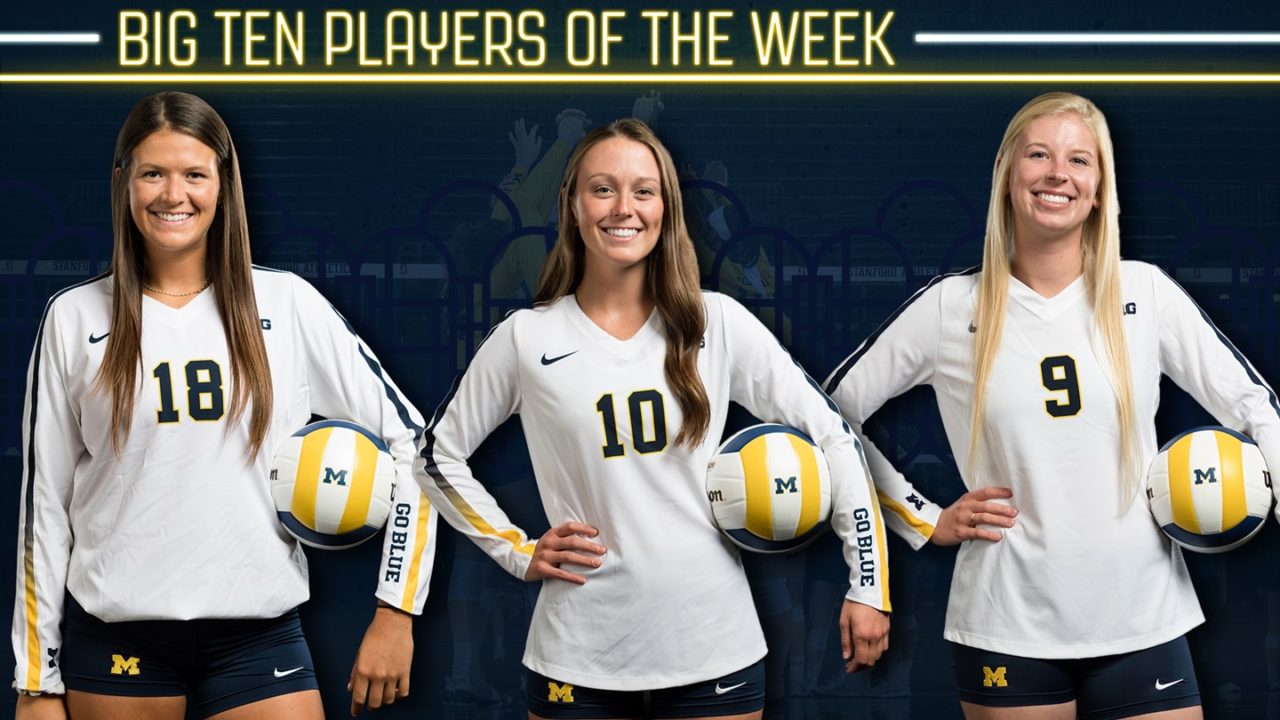 • Led Michigan with 40 kills and a .364 hitting percentage helping the Wolverines to wins against No. 14 Purdue and Indiana

• Posted a career-best 29 kills a win against Indiana

• Earns her third career Player of the Week honor

Congratulations to our 3️⃣ @B1GVolleyball Player of the Week award winners!

• Averaged 5.21 digs per set helping Michigan to wins against No. 14 Purdue and Indiana

• Aided the Wolverines to a .435 hitting percentage against the Boilermakers in a 3-0 sweep

• Collects her fourth career Defensive Player of the Week accolade

• Led No. 5 Minnesota to wins against Northwestern and No. 3 Nebraska averaging 10.71 assists per set and helped the Gophers to a .335 hitting clip for the weekend

• Against Northwestern, tallied 30 assists in three sets, added three aces and six digs while helping Minnesota to hit .390 as a team

• Against the Huskers, the senior had 45 assists and earned a double-double with 14 digs on the road in Lincoln

• Grabs her 14th career Setter of the Week award

• Guided Michigan to a season-best team hitting percentage of .435 in a 3-0 win against No. 14 Purdue on Friday

• Averaged 12.38 assists per set while hitting a .500 average for the weekend

• Receives her second career Setter of the Week award

• Against No. 3 Nebraska, marked a match-best 17 kills along with four blocks and nine digs

• Accepts her second career Freshman of the Week honor