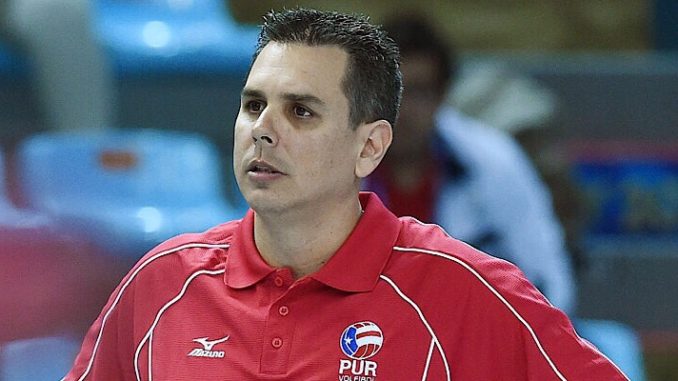 SAN JUAN, Puerto Rico – The Puerto Rican Volleyball Federation has tabbed Jose Mieles as the new coach of its women’s national team, returning him to the role he previously held from 2013-2015.

Mieles, who was hired on Monday, has just 43 more days to get to know his team and have it prepped for the World Championships in Japan.

“We hope to start training as soon as possible and have a strong and healthy team for the World Championship,” Mieles said. “The objective is to advance to the second round.”

This is not the first go round for Mieles, who was served in the role from 2013 to 2015. He was named as the national team coach initially in Aug. 2013 and coached the team to a silver medal at the 2014 Central American and Caribbean Games, a bronze at the NORCECA Championships and to two Group 2 finals appearances at the FIVB World Grand Prix. Mieles also guided the team at the 2014 Women’s World Championships.

“José Mieles, in addition to having experience and knowledge, has all my support to do an excellent job as he has done in the past,” Federation president Dr. Cesar Probanco said.

Mieles was an assistant coach under Rafael “Epique” Olazagasti during the summer of 2013, including efforts at the Pan American Cup and FIVB World Grand Prix, before taking the helm when Olazagasti resigned. He also has acted a statistician with the team.