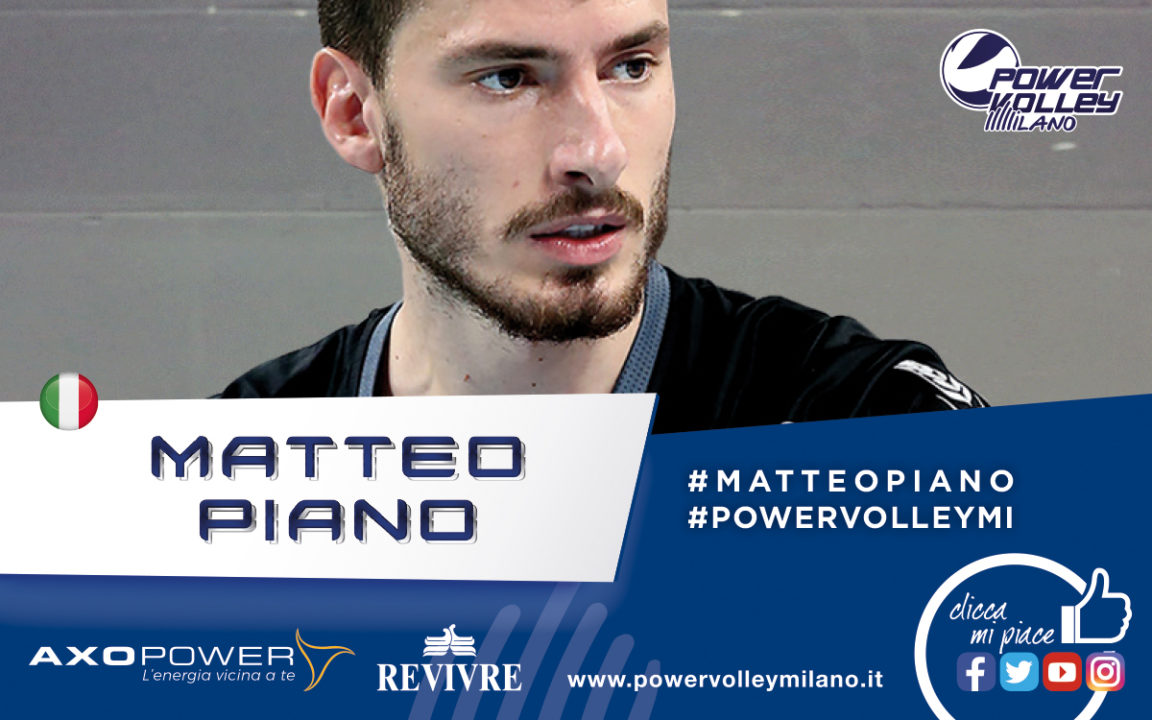 The 27-year-old 6'9" middle blocker captained Milano last season to a 6th place A1 finish after a 14-12 record, before the team was knocked out of the playoffs by none other than Modena itself Current Photo via http://www.powervolleymilano.it

Powervolley Revivre Milano has announced in its official website that it has fully bought out Matteo Piano‘s loan contract from Azimut Modena. The 27-year-old 6’9″ middle blocker captained Milano last season to a 6th place A1 finish after a 14-12 record, before the team was knocked out of the playoffs by none other than Modena itself. Piano finished the season as the tournament’s 5th best blocker at 0.6 stuffs per set and third best in total blocks.

Piano, who won a silver medal with Italy’s national team at the 2016 Olympic Games, underwent an Achilles tendon repair surgery last May. After his recovery, he will be set to play his 11th A1 season. Here is how he reacted to the news:

“I was anxiously looking forward to this announcement. I am very happy to continue my journey with Milan. I wanted to be here. I arrived last year and I found myself really well, working in a healthy environment, alongside talented guys led by an experienced staff who wants to do well. I immediately felt at home , making a great relationship with our president who, together with his staff, is building a team that aims to do great things not only in sports.”

“It is very important to confirm the plan for team, Matteo being the captain. It is a strong sign for the type of team we have chosen to build. Matteo is a player who has great human qualities that we have appreciated this year. These skills have allowed his companions to grow from the point of view of personality and awareness of their technical means. I am sure that Matteo, after this injury and after the recovery, will return stronger than before and we will have at our disposal a competitive and performing player.”