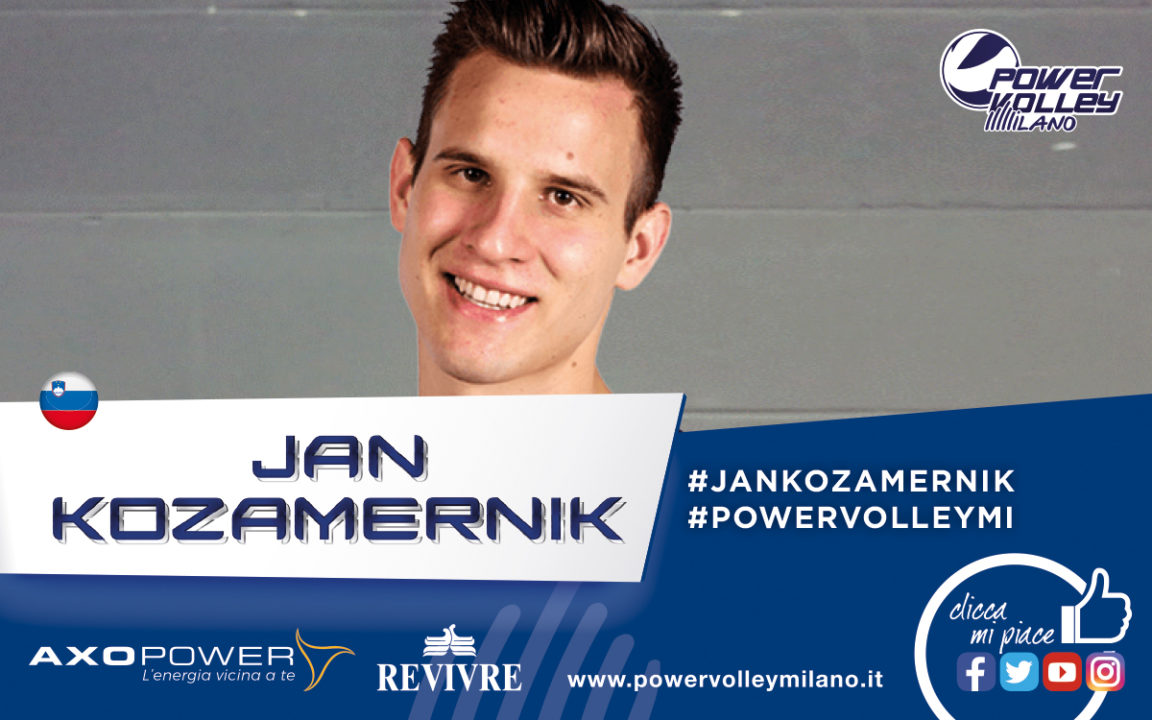 As a member of the Slovenian national team, Jan won an EuroVolley silver medal in 2015 Current Photo via http://www.powervolleymilano.it/

Powervolley Revivre Milano has just announced in its official website the signing of Slovenian national team standout Jan Kozamernik as the newest addition to its roster. The 23-year-old 6’9″ middle-blocker is transferring out of Diatec Trentino after his maiden season in Italy’s A1. Although he saw limited playing time last season with the club, when he did play he showed a lot of potential, hitting 61% from the field.

As a member of the Slovenian national team, Jan won an EuroVolley silver medal in 2015. It is important to note that the team was  then coached by Andrea Giani, who is now Milano’s coach and most certainly had a say in Jan’s signing.

Here are Jan’s first words as a member of Milano:

“When I received the offer from Milano, I immediately said yes. I knew I would find Andrea Giani on the bench, I got to know him when I was with the national team. I talked to him and he explained what awaits me next year. I know that Powervolley works very well with young people, there is the possibility to learn a lot and this is a decisive aspect for me too, since I am still a young player. I have very positive feelings: I want to play and do it continuously, trying to work as much as possible in the field and in training, showing all my values as a player.

The level of Superlega continues to rise from year to year, but we have also put on a very strong and competitive team and I can not wait to start working and playing with my new teammates. Last year’s sixth place in Milan must be for us a starting point, trying to do something more than what has been done. We know well which are the four strongest teams of the championship, but we want to carve out our space.”

Coach Giani was likewise very excited with the transfer:

“I know Jan well, having had him with me for two years when I was the Slovenian national coach. He is one of the most promising young players in European at the middle block position. Last year, in Trento, he knew how to carve out his space, even starting from the bench initially, demonstrating all his qualities. He is a very physical player, solid on the wall, and effective both in attack and in serving. His character strikes me a lot. He’ll add not only physical qualities to the team, but also charisma and intelligence.”