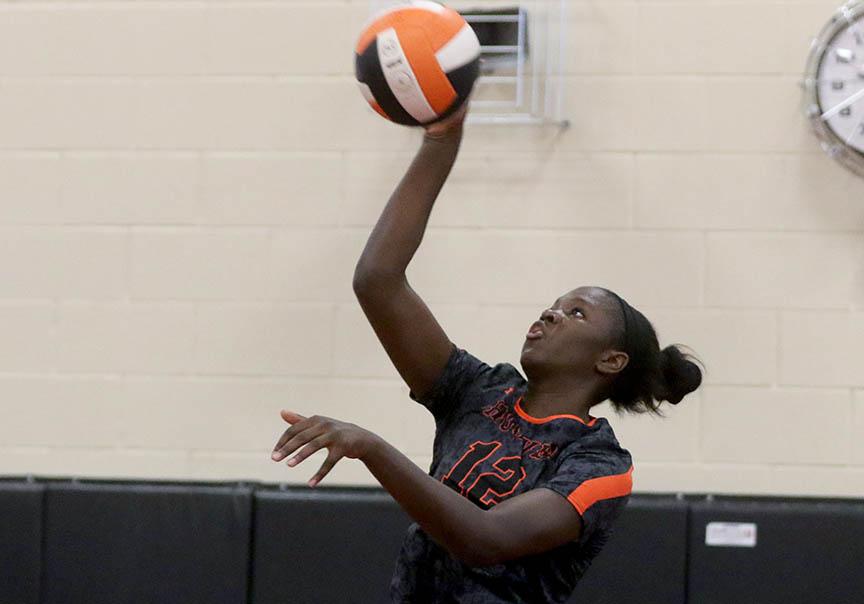 Hoover, Ala., standout Paige Shaw signed with Julie Darty's Mississippi State Bulldogs and will be an outside hitter for the 2018 season. Current Photo via HighSchoolSports.com

STARKVILLE, Miss. – Paige Shaw has earned many awards and has enjoyed numerous accomplishments as a high school volleyball standout. Now, she hopes to carry that same success over to the collegiate level.

Wednesday, the Hoover, Ala., standout signed with Julie Darty‘s Mississippi State Bulldogs and will be an outside hitter for the 2018 season.

“Paige is one of those people that you are drawn to,” Darty said. “She is such a hard worker, a well-respected young lady and just a tremendous person. She is one of those model student-athletes that you know will immediately help on the court and off.

“Paige is willing to work hard in everything she does, and we will definitely feel her impact on our program here for the next four years. Paige will come into Newell-Grissom and leave her mark on this program. She is a powerful, dominant attacker but she is a steady well-rounded player who plays the game in a very smart way. I can’t wait to see what Paige does from day one.”

The remainder of this year’s singing class will be released at a later date.

Paige Shaw, 6-0, Outside Hitter from Hoover, Ala.

“I chose Mississippi State because the coaching staff and players are very welcoming and there is a great family atmosphere within Starkville with people who genuinely will care about you,” Shaw said. “I am very blessed to be able to begin this journey as a Bulldog and compete with this team. I know I will enjoy playing in this conference with great competition.” – Paige Shaw