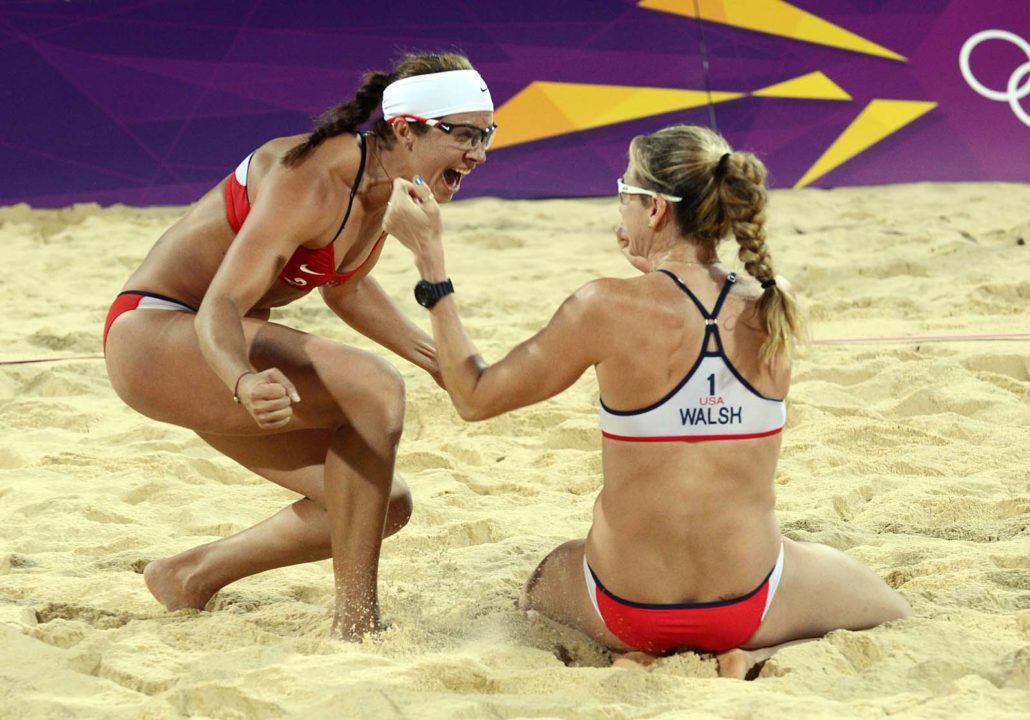 May-Treanor is perhaps the best-known name in the group — she won three Olympic gold medals in beach volleyball, in 2004, 2008, and 2012, with Kerri Walsh Jennings (who is now looking for a new partner). She has won 112 titles throughout her career, and was twice named the FIVB Sportsperson of the Year, in 2007 and 2008.

Scott-Arruda has played for Team USA in the past five summer Olympics and taken home silver in 2008 and 2012. She was named best blocker in the 2002 FIVB World Championship as a part of the US squad, and earned the titles of most valuable player, best scorer, and best blocker at the 2001 FIVB World Grand Prix.

Grbic, a world-class setter, was part of a gold-medal-winning Yugoslavia men’s team at the 2000 Olympics. He helped Yugoslavia to a bronze in 1996, and competed with Serbia in 2004 and 2008. He and his brother Vladimir are the first set of brothers inducted in the hall of fame. (Vladimir was inducted in 2011.)

Park is the first person from South Korea in the hall of fame. He coached the Peruvian women’s team to four Olympics and led them to a silver in 1988. He led Peru to a second-place finish at the 1982 FIVB World Championship and third place in 1986.

Rego is a three-time Olympic medalist in beach volleyball — gold in 2004, bronze in 2008, and silver in 2012 — and three-time gold medalist at the FIVB Beach Volleyball World Championships. He has been the FIVB Sportsperson of the Year five times, winning 86 beach titles in his career.

In a USA Volleyball press release, May-Treanor said volleyball “has brought new friendships, it has opened my eyes to the world and taught me so much about myself.”

Rego said beach volleyball is “like a brother to me  — someone who is part of my family with whom I have a unique relationship.”

“I consider beach volleyball to be someone who helped me be a successful professional. I had a beautiful career and I didn’t miss anything,” he said. “A passion that becomes love that runs in my blood and my heart. It helped me get to where I got to live the biggest and best feelings an athlete can feel.”

Park said that despite his tenure in the sport, volleyball can still surprise him.

“I still do not completely understand the game,” Park said. “Volleyball is constantly evolving. Even at the age of 80, I still think volleyball has only come halfway. There is still so much more to come.”