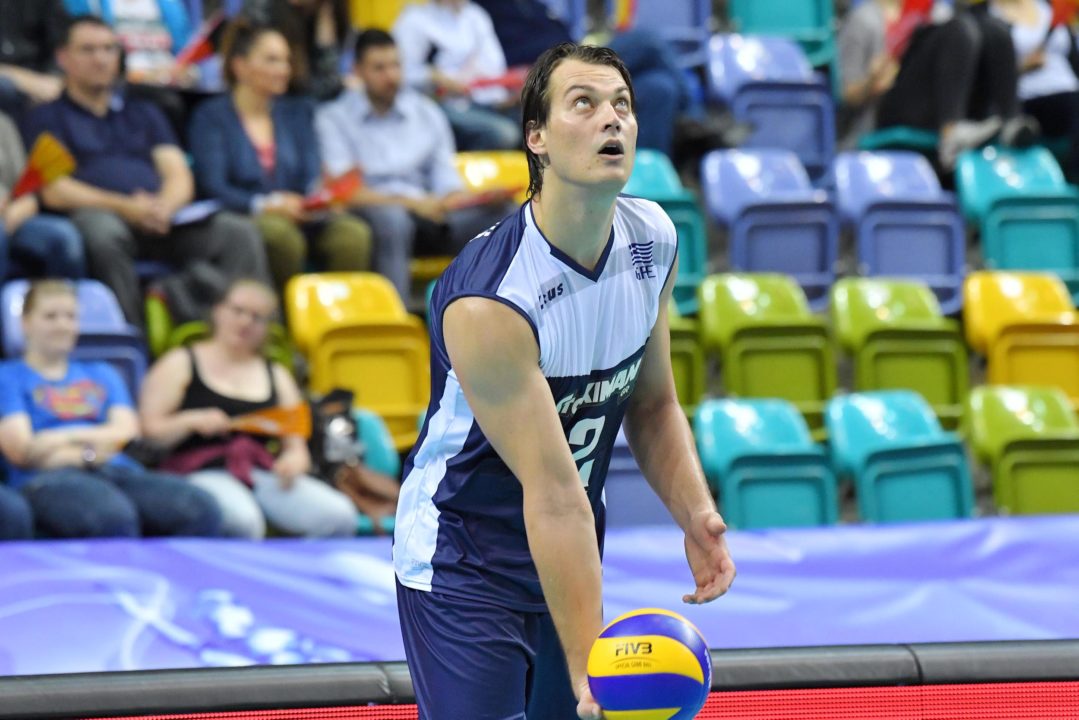 Mitar Djruic will leave Verona after an injury-plagued season. He will be heading to PAOK Thessaloniki in his home country of Greece.  Archive Photo via FIVB

The Greek opposite, Mitar Djuric, has decided to return to Greece after spending the last 7 seasons in Italy, Turkey, and Korea. He will be suiting up for PAOK Thessaloniki. PAOK is the winner of 3 Hellenic Volleyball League titles, winning Greece’s top trophy in 2015, 2016, and 2017. This past season they finished second in the regular season with a 17-5 record. They made their way to the finals, but had their 3-year streak of championships snapped by Olympiacos.

Djuric is no stranger to winning championships in Greece. He won the Hellenic Volleyball League title on 3 occasions with Olympiacos. Some of his major team championships include:

This past season he played with BluVolley Verona. They finished the regular season in 5th place. They lost in the quarterfinals of the playoffs to Trentino 2-1 in a best-of-3 series. Verona reached the semifinals of the 5th place playoffs and lost to Padova in a golden set. Djuric only appeared in 10 matches for Verona this year due to injury. He scored 18 points in 18 sets of play on 15 kills and 3 blocks. He leaves Verona along with their other opposite, Tonček Štern, to make room for Stephen Boyer of the French National Team.