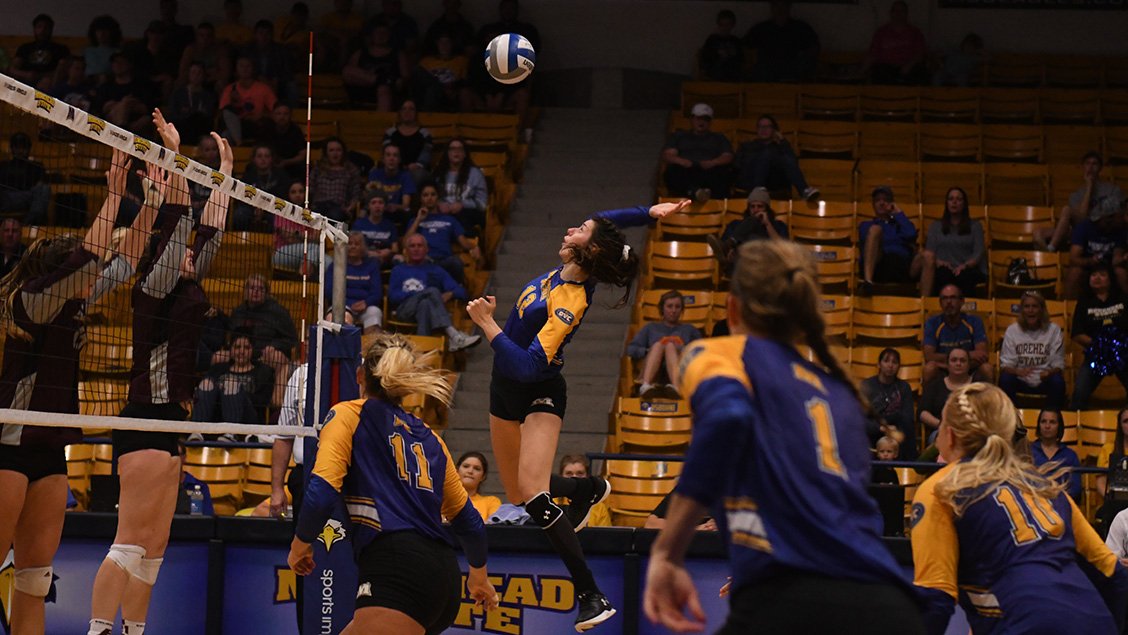 MOREHEAD, Ky. – After a host of career-nights for Morehead State volleyball on Wednesday, the Eagles (15-5, 6-1 OVC) return home to face Southeast Missouri (13-7, 5-2 OVC) on Saturday.

The Eagles outlasted UT Martin through a total defensive effort that saw Morehead State held its opponent to a .126 hitting efficiency while scooping up 84 total digs. UT Martin’s .126 hitting percentage marked the 12th time this season the Eagles have held their opponent to a hitting efficiency under .150, leading Morehead State to the 10th best opponent hitting percentage figure in the NCAA. Morehead State’s 84 total digs marked the second-highest total by the Eagles this season while also marking the most team digs in a four-set match since 2016.

The match will be streamed live on the OVC Digital Network while live stats will be available through MSUEagles.com. First serve is set for 2 p.m. ET.