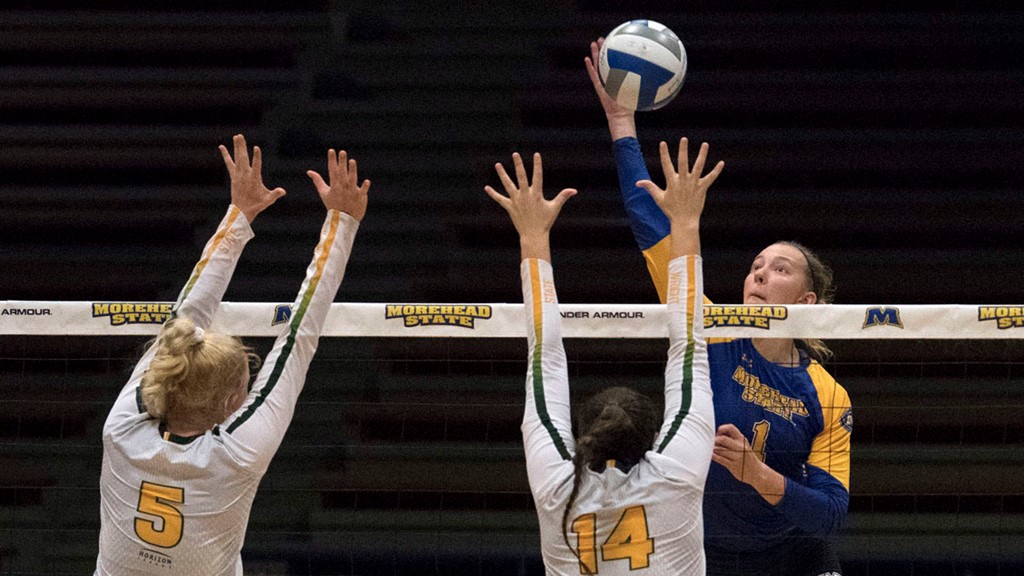 Morehead State’s Olivia Lohmeier was selected as the 2018 Ohio Valley Conference Player of the Year while SIUE’s Hope Everett was named the Freshman of the Year as voted on by the league’s head coaches and sports information directors. Murray State’s Becca Fernandez and UT Martin’s Brooke Gyori shared Defensive Player of the Year honors while Austin Peay’s Taylor Mott was tabbed the OVC Coach of the Year.

Lohmeier, a sophomore outside hitter from Cincinnati, Ohio, ranks third in the league with 3.62 kills per set while averaging 3.95 kills per set in OVC action to finish the regular-season second. In Conference play, the All-OVC First Team selection recorded a league-best 257 points to go with 64 digs, 21 blocks and 12 service aces. She has reached double-digits in kills 21 times this season, including the last 10 matches. She posted a career-high 21 kills against Toledo earlier this season. She becomes the fifth different student-athlete from Morehead State to earn OVC Player of the Year honors.

A redshirt-freshman middle blocker from Norris City, Ill., Everett ranked sixth in the OVC with 0.95 blocks per set. She has 81 total blocks on the season which leads the Cougars. Everett was second on the team with 203 kills and 250.5 points. In league play, she had 114 kills and 39 blocks. Everett has reached double-digit kills nine times so far this year and recorded a season-best 22 versus Eastern Illinois. She becomes the second student-athlete from SIUE to earn Freshman of the Year honors.

Fernandez, a sophomore libero from Carol Stream, Ill., is third in the league with 5.06 digs per set. She has reached double-digit digs in all but two matches this year. She hit the 30-plus mark twice with a career-high 38 coming against Eastern Illinois. In OVC play, the All-OVC First Team pick was first in the league with 371 total digs and 5.89 digs per set. She is the fourth student-athlete from Murray State to be named Defensive Player of the Year.

A senior libero/defensive specialist from Oregon, Ohio, ranks sixth in the nation with a league-leading 634 total digs so far this season. She also tops the league with 5.28 digs per set. The All-OVC First Team pick has recorded double-digit digs in every match so far this year and eclipsed the 30-plus mark three times. In Conference play, Gyori was second in the league with 359 digs and 5.70 digs per set. She is the second different UT Martin student-athlete to earn Defensive Player of the Year honors.

Stucker, a senior from Johnston, Ill, earns her third straight OVC Setter of the Year award. She leads the league with 11.13 assists per set this year. She helped Austin Peay post a league-leading .236 hitting percentage. Stucker, an All-OVC First Team honoree, recorded 283 digs, 90 kills and 48 blocks in the regular-season. In OVC play, she ranked first with 11.17 assists per set.

Mott earns her second straight OVC Coach of the Year honor after leading her team to a 14-2 league mark and a 25-4 overall record en route to its second consecutive OVC Regular-Season crown. The Governors lead the Conference in hitting percentage (.236), kills per set (13.86) and assists per set (12.97). Austin Peay enters the tournament having won nine of its last 10 games. Mott is the second Austin Peay coach to win the award, joining Cheryl Holt who won the award four times.

(15 players appear on the First Team due to a tie)