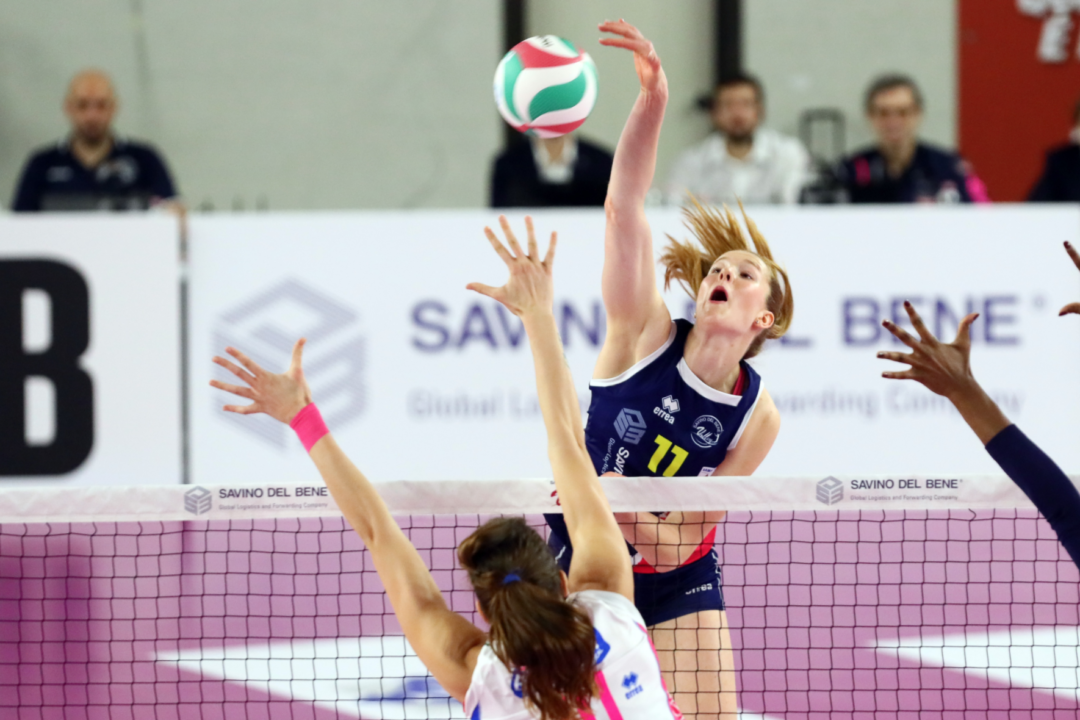 The regular season of the Serie A ended with a couple of ties in the standings as teams fought for playoff spots.  Current Photo via Lega Pallavolo Serie A Femminile

In the final week of the regular season, teams put forth strong performances resulting in ties at second place and ninth. For second, Savino Del Bene Scandicci and Imoco Volley Conegliano tied with 50 points each. Foppapedretti Bergamo and Lardini Filottrano each ended with 19 points to hold on to the second to last place in the league. Unsurprisingly, young superstar, Isabelle Haak was named the MVP of the Serie A. At just 18 years old, she  has scored 491 points with 6.14 points per set to lead the entire league.