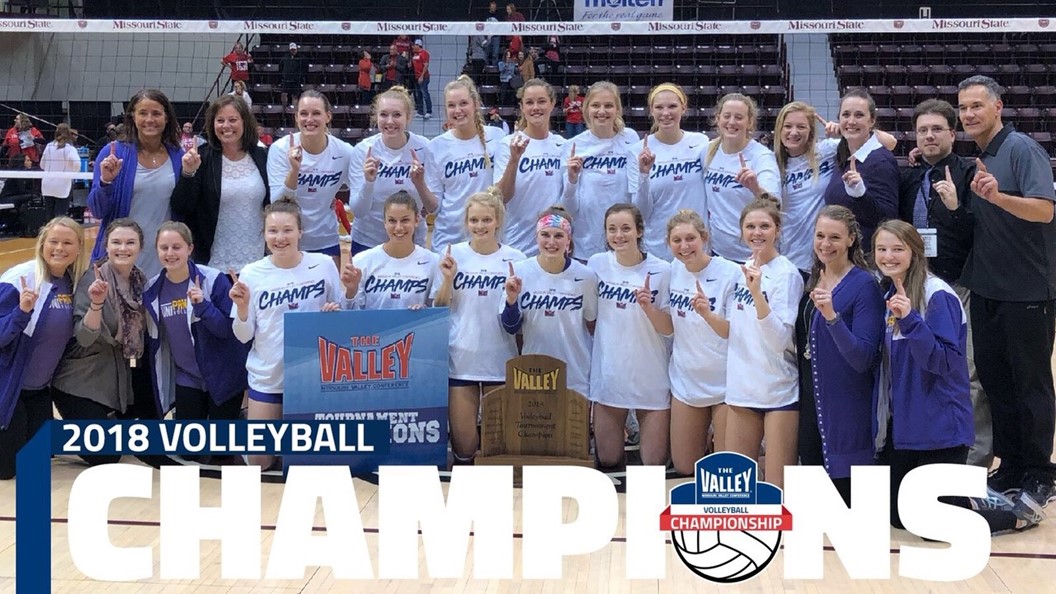 SPRINGFIELD, Mo. – UNI claimed the school’s 17th tourney title and first since 2011 with a 3-1 win over second seed Illinois State Saturday. The 17th title ranks first in MVC history. The No. 1 seed has now won nine of the last 10 MVC Tournament crowns.

The Panthers started the first set slow but erupted after tying the match at 14 all, scoring eleven points to take the first set 25-16. The second set was a tough back and forth that the Panthers managed to  close out, defeating the Redbirds by three.

UNI looked to finish the match in the third set and managed an eight point lead but the Redbirds had other plans. Leading 16-8 the Redbirds fought their way back in into the set, pushing the Panthers into extra points and came out on top 28-26 to force a fourth set.

The Panthers never gave up the lead in the fourth set but the Redbirds managed to tie the set six separate times.  With the set tied 22-22 the Panthers rattled off three straight kills to give them their first MVC Tournament Title since 2011.

The Panthers had three players record double digit kills with senior Piper Thomas leading the way with 24. Thomas played one of her best matches in her career in the Final, finishing with 24 kills and only two errors for a .478 attack percentage.

Karlie Taylor finished with another double-double, her 20th double-double of the season, recording 15 kills and 16 digs on the night.  Jaydlin Seehase ended the night with 16 kills and delivered the final point of the night to secure the win.

Senior Kendyl Sorge finished with 32 digs, the highest mark she has recorded this season.

UNI’s Piper Thomas was named the 2018 Missouri Valley Conference Volleyball Tournament Most Valuable Player, after leading the Panthers to their 17th MVC Tournament title and the league’s automatic NCAA Tournament berth. It was the first MVC Tournament MVP honor for Thomas. The Panthers won the tournament following a 3-1 victory over Valparaiso in the semifinal match and a 3-1 win over Illinois State in the final. Thomas tallied 24 kills with a .478 attack percentage in the championship match.

Picked up two extra travel companions on our trip to Springfield. #UNIFight pic.twitter.com/Mz63mLzd1g

The NCAA will announce the volleyball tournament field of 64 at 7:30 PM (CST) on ESPNU Sunday evening.  The first-round matches will take place on November 29.

UNI earns the league’s automatic bid and Illinois State will await to see if they also earn a bid, entering the week with an RPI of 31.