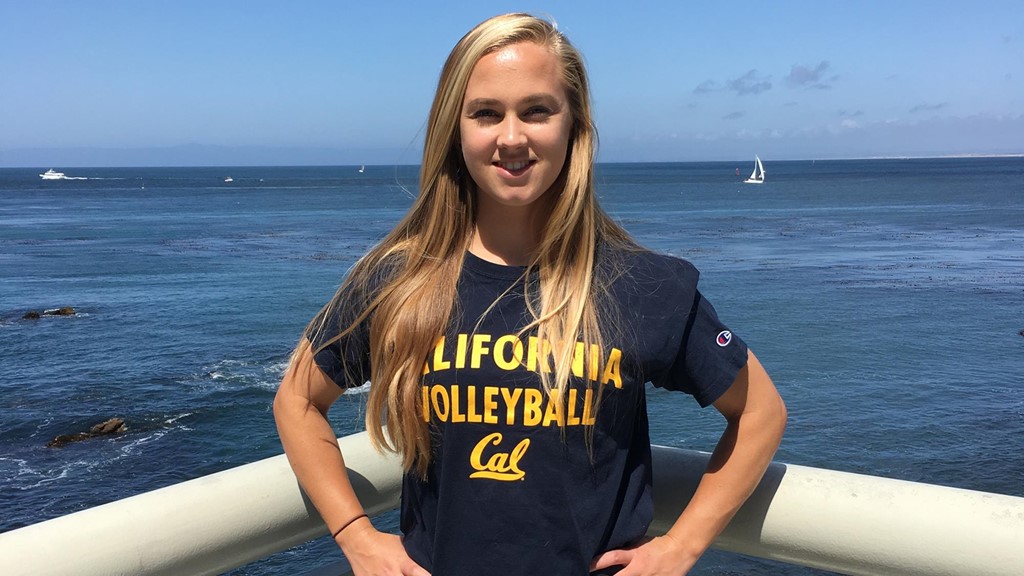 Morgan Wright, a 5-foot-7 defensive specialist from West Valley College, has submitted a Statement of Intent to Register and will join the Cal volleyball program this fall. Current Photo via Cal Athletics

Wright, an All-Coast Conference selection and two-time All-Butte View League pick at Wheatland Union High School, comes to the Bears after racking up 146 digs (4.29 per set) and 26 assists for the West Valley Vikings in 2017. She also was listed as a member of the school’s beach volleyball team.

“Morgan will come in and compete right away for a defensive specialist position,” Cal interim head coach Jennifer Dorr said. “We were drawn to Morgan’s calm consistency in serve receive and her ability to read attackers really well.”

Wright was a CCCAA All-State Academic Team selection while at West Valley and earned many academic honors including the President’s Award as a prepster. She has two years of athletic eligibility remaining.

California is coming off of a 13-18 season in 2017 in which they went 4-16 playing in the Pac-12. The team must replace five seniors: outside hitters Christine Alftin, Jessica Gafney and Antzela Dempi, middle blocker Caihla Petiprin, and defensive specialiast Gaby DeGuzman.

The Bears are currently coached by Dorr as well as AVCA Thirty Under 30 award winner Spencer McLachlin. Dorr was named interim head coach back in November, when the program announced head coach Matt McShane was on a leave absence.