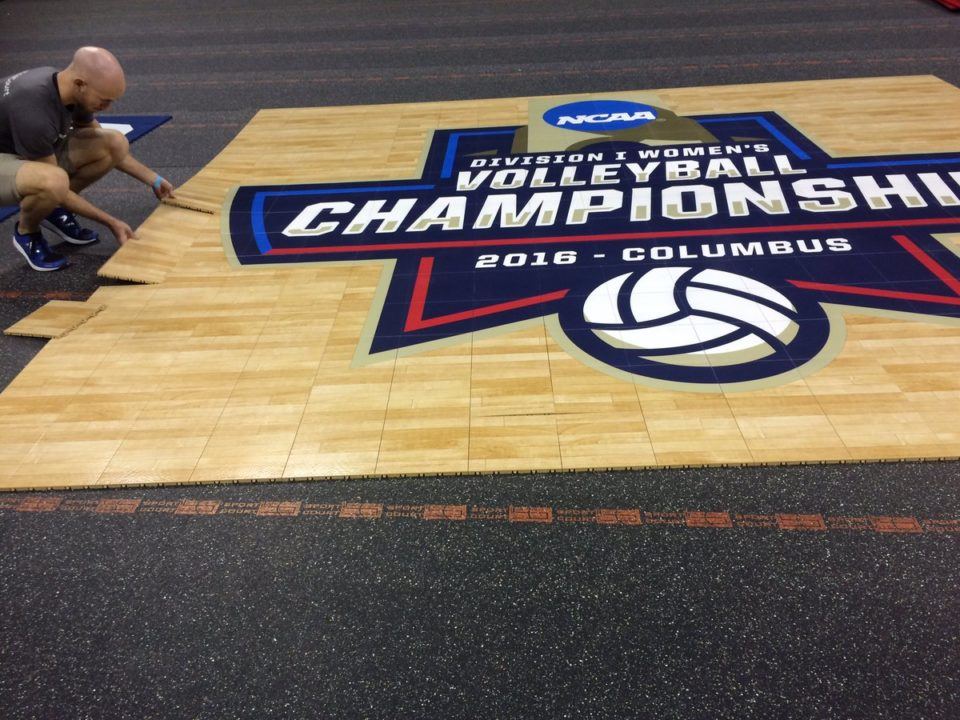 The national semifinals of the 2016 Women’s NCAA Division I Volleyball Tournament (Final 4, if it were basketball) have been... Current Photo via Ohio State Athletics

The national semifinals of the 2016 Women’s NCAA Division I Volleyball Tournament (Final 4, if it were basketball) have been promoted to the main ESPN network on Thursday.

The games are being played at Nationwide Arena in Columbus, Ohio. While not formally a part of Ohio State’s campus, Ohio State will be the official hosts.

For basketball games, which have a similar configuration to volleyball, the stadium seats 19,500 fans. That gives the semi-f-inals and finals games a chance at breaking the all-time NCAA attendance record of 17,561. That record was set in last year’s NCAA final between Nebraska and Texas at Omaha’s CenturyLink Center – a sell-out crowd for that facility. The Semi-final game of that tournament between Nebraska and Kansas, meaning the two most local superpowers of volleyball, had the previous record at 17,551, which was also a theoretical sell-out.

This year’s tournament won’t have any home team playing, though the tournament includes teams that always draw national interest, both in volleyball and outside of it. Texas and Stanford are two of the best-known universities in the country, while Minnesota and Nebraska volleyball are two legendary programs with massive followings.

Distances from Nationwide arena for each of the 4 schools competing in Columnbus (according to Google Maps driving distance’s shortest route):